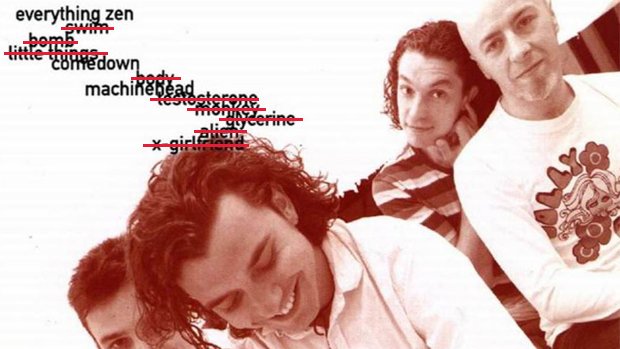 Now, I’m not a super-huge fan of Bush. I don’t even know if those exist anymore. If so, it is probably one of those things beautiful to behold on account of their scarcity, like finding a unicorn in a forest glade on a dewy morn. All that said, Sixteen Stone is a damn fine piece of grungy pop-rock and, next week, three of the more popular tracks from the album will be hitting the Rock Band store.

You too can rock out like it’s 1994 all over again with “Comedown,” “Machinehead” and “Everything Zen” when they release on February 7 individually or as part of “Bush Pack 01” for a slight discount. You guys probably know how this works by now.