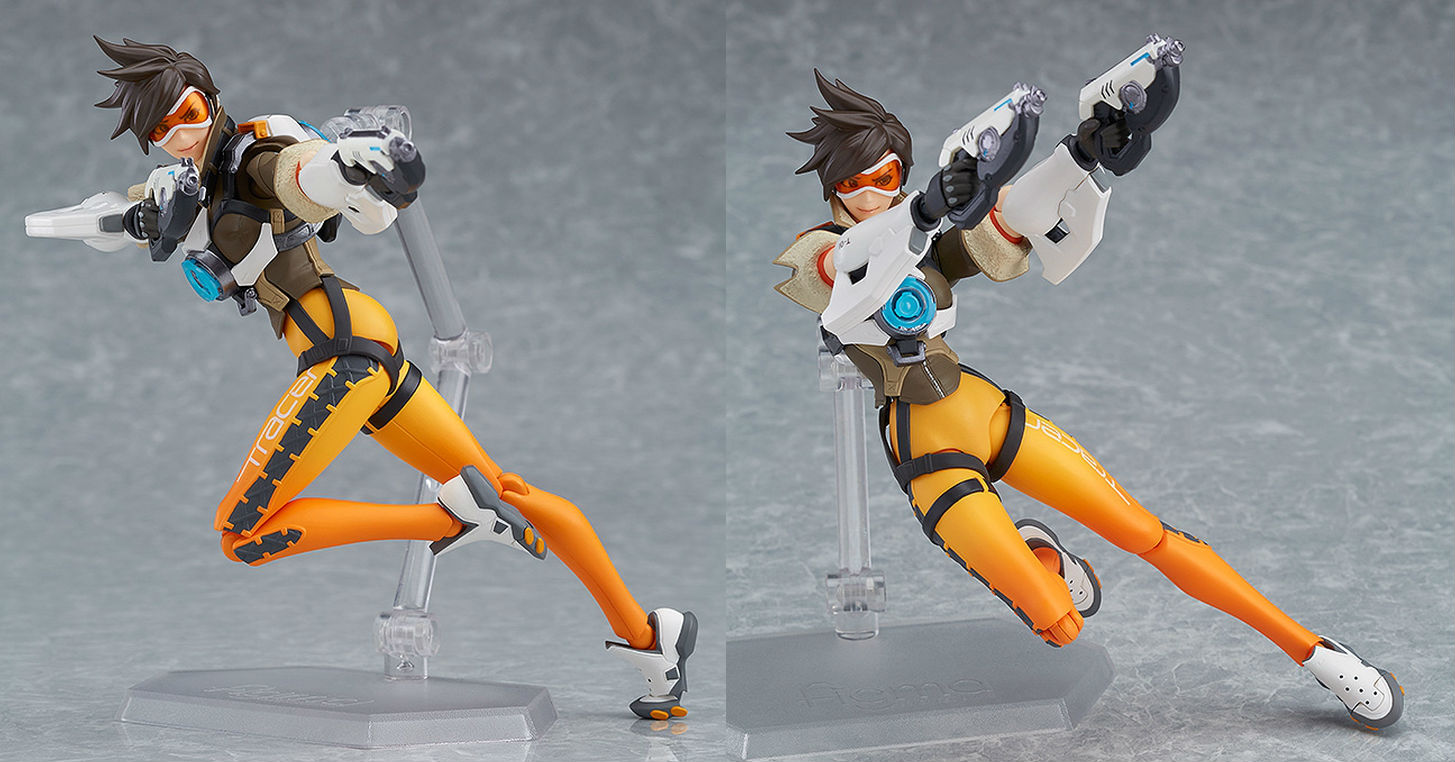 Hot off the heels of her recent Nendoroid debut, Good Smile Company has revealed that Tracer from Overwatch will be receiving a figma as well. Not only that, but the figma is up for pre-order on their site as of this moment, along with Blizzard’s own site.

The Tracer figma will be very similar to the Nendoroid in terms of accessories. It will come with her Pulse Pistols, as well as the Pulse Bomb used for her ultimate. However, while it will have multiple face plates, they differ, and the figma lacks the hair pieces needed to recreate the play-of-the-game pose that the Nendoroid can. Luckily, there are no pre-order-only bonus parts, meaning you can wait to grab Tracer down the road.

Right now Tracer is listed as a standard number, so she should be available to purchase through third-party retailers once she releases. That being said, unlike the recent Ulala figmas, pre-ordering Tracer through Good Smile comes with several differences. She cannot be combined with any other product, however she will have a discounted shipping rate of 1,000 Japanese Yen, roughly $9.09 USD for American customers instead of the usual 1,500 Yen, which is roughly $13.64 USD.

Tracer will be up for pre-order until July 27. Hopefully, much like with the Nendoroids, this means more figmas based on Overwatch characters are on the way soon.