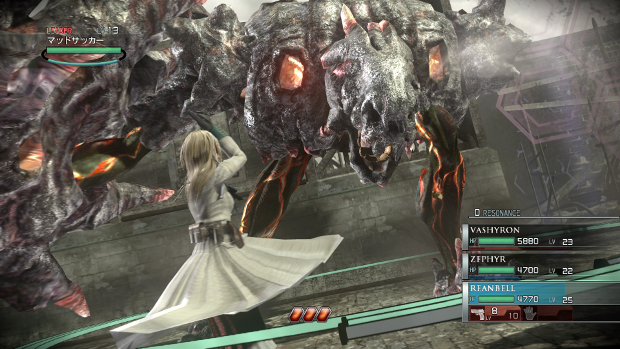 Tri-Ace (Star Ocean, Resonance of Fate) is currently plugging away at Phantasy Star Nova (out this year in Japan), but the company is also working on a free-to-play title for the Vita, Judas Code, according to this week’s Famitsu.

The gun-action RPG is set to release in Japan this summer. During World War III, a mysterious pillar from space known as “Longinus” eroded the planet, leaving a husk for you to survive on. The single-player portion is some sort of action shooter, while the multiplayer portion is a deck building card game.

I never did finish Resonance of Fate. Too bad. It was neat, albeit mechanically dense (and drab as heck). Plus you could go clothes shopping for all the characters. Maybe I’ll watch Terror in Resonance to make up for it.