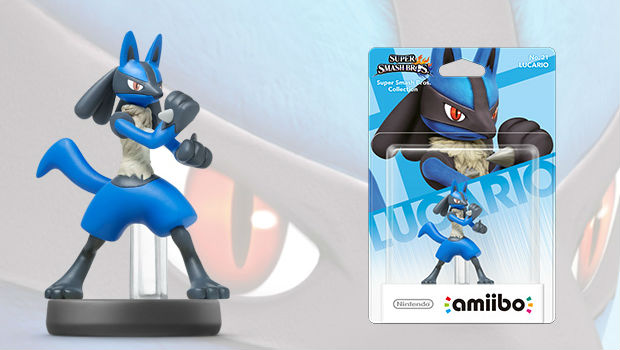 Some orders are re-instated, some are canceled

[Update: The Amiibo Enquirer has seemingly figured out why people ended up in either group. If you got the latter email, it’s because you payed with PayPal or a gift card, which basically means you’re screwed. Everyone else will be fine according to Toys”R”Us, and your order should be in the system as of today.]

Last week, many people woke up to get ready for work only to find out that their Lucario amiibo pre-orders were canceled. No big deal right? It’s not like the amiibo was exclusive to Toys”R”Us or anything and that many had pre-ordered as soon as it became available.

Last night the retailer reached out to many of the affected shoppers (myself included) with the following message:

We are reaching out today regarding the recent cancellation that has occurred with your online order. Unfortunately, there was a processing error that caused your order to erroneously cancel. However, we want you to know that your order has been reinstated. We thank you for your patience as we work to remedy this situation. We sincerely apologize for any inconvenience this may have caused.

But some people weren’t as lucky apparently, as they obtained another message:

We are reaching out today regarding the recent cancellation that has occurred with your online order(s). Unfortunately, there was a processing error that caused your order(s) to cancel. Legally, we cannot reinstate your order(s) however we are working to put a process in place that will allow you to purchase these items within the week. We will be reaching out to you as soon as we have specifics and appreciate your patience and understanding. We sincerely apologize for this cancellation and the inconvenience it has caused and will be in touch shortly.

We’ll see what happens soon enough, but it looks like some people are going to have their pre-orders reinstated. The others may be given a “heads up” on when to grab another pre-order round — a “heads up” that will likely be leaked on the internet in seconds.