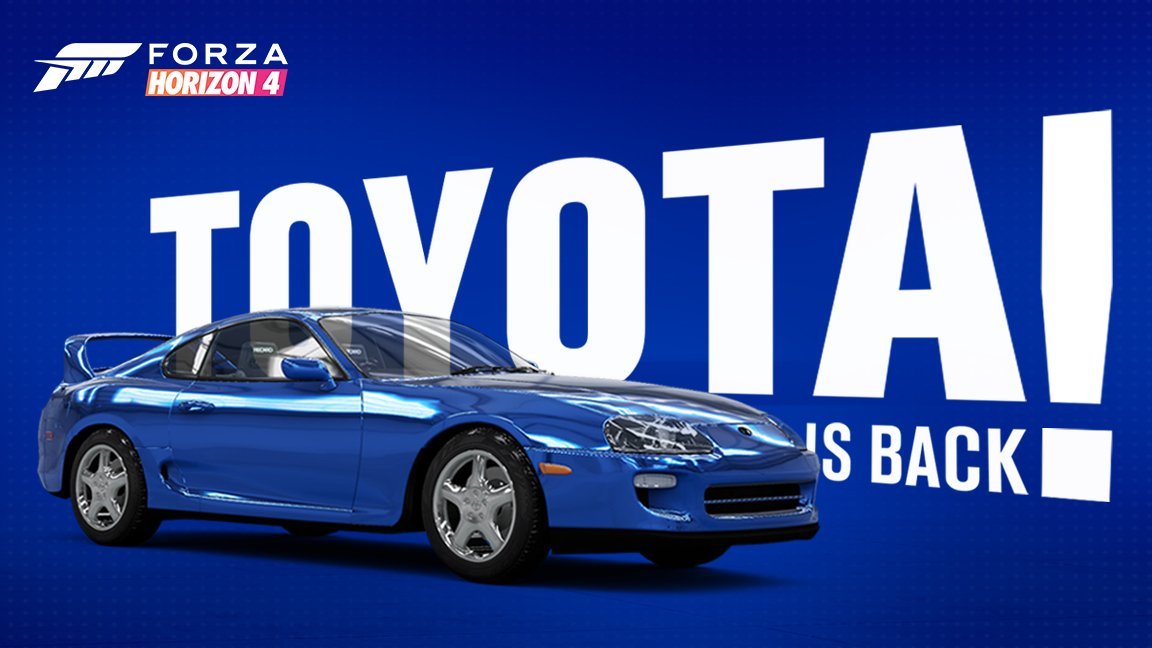 Lexus and Scion too

As it turns out, a driver’s license isn’t the most important license when you’re making a racing game. The licenses with all the individual car manufacturers to represent them in-game is far more important. When Forza Motorsport 7 and Forza Horizon 4 launched, Toyota was conspicuously missing. It was a glaring omission because Toyota has some of the more iconic street racing cars.

The reason for the absence is because Gran Turismo Sport inked an exclusive deal for the rights to Toyota’s cars. That agreement appears to have expired because Playground Games  has just announced that Toyota is returning to Forza in December.

During today’s Forza Monthly developer stream, it was revealed that Toyota, Lexus, and Scion are all coming back to Forza Horizon and Forza Motorsport. They’re sticking around too. The developers say this trio is back “for years to come.”

It’s starting with an absolute legend. As part of the Series 17 update on December 12, the 1998 Toyota Supra RZ is being added to Forza Horizon 4. The fourth generation Supra is ridiculously beloved because of its big inline-six twin-turbo engine; its ability to be tuned to a stupid amount of horsepower; and its relatively cheap pricetag, with new ones hovering around the $40,000 mark. The Supras from the 90s looked cool, were fast as hell, were well-built, and were affordable. Their legend doesn’t wane either, as a 1994 Supra sold for more than $170,000 at auction earlier this year.

It’s an exciting day for the Forza diehards. Soon enough, some of the most recognizable and admired street racing vehicles will again be represented in the best street racing game. And it’s going to stay that way for the foreseeable future.

Toyota is Back!!!! [Forza Motorsport Forums]