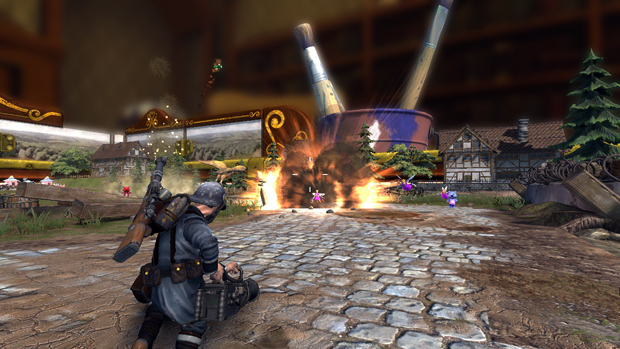 I keep forgetting this isn’t an Xbox exclusive

The Toy Soldiers games were a blast on Xbox Live Arcade and I’m expecting more good things from Toy Soldiers: War Chest, coming to PC, PS4, and Xbox One early next year.

My favorite tower defense titles are the ones that let you take direct control as opposed to just sitting back, placing and upgrading units every so often from up high. This PlayStation Blog video serves as a quick introduction to how Toy Soldiers handles that active design.

So far, the German Empire and Star Power armies have been confirmed, but there are two left to go. Hoping to see more craziness that plays off of the “toy” theme like the latter.