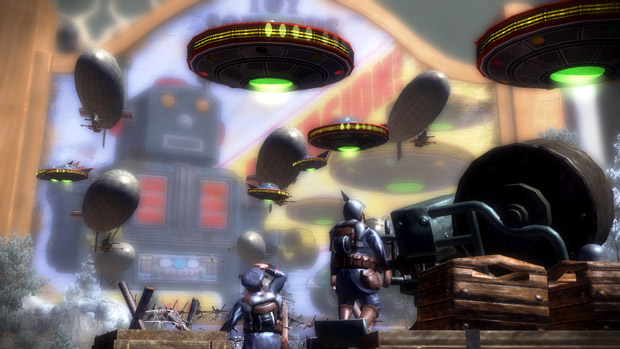 The second add-on for Toy Soldiers, dubbed “Invasion!,” is bananas. The core game is about World War I army miniatures battling for supremacy, but with this pack, it suddenly becomes a conflict involving towering robots and alien forces.

As described by Signal Studios, you’ll encounter: “Chivalrous Knights, antique Bothell Fire Trucks, powerful Space Tanks, cunning Spacemen Infantry, and dodgy Flying Saucers.” I love it when a developer decides to go all out like this. And for a mere $5, you should too.

Look for this piece of content to go up on Xbox LIVE Marketplace on Wednesday, September 29.