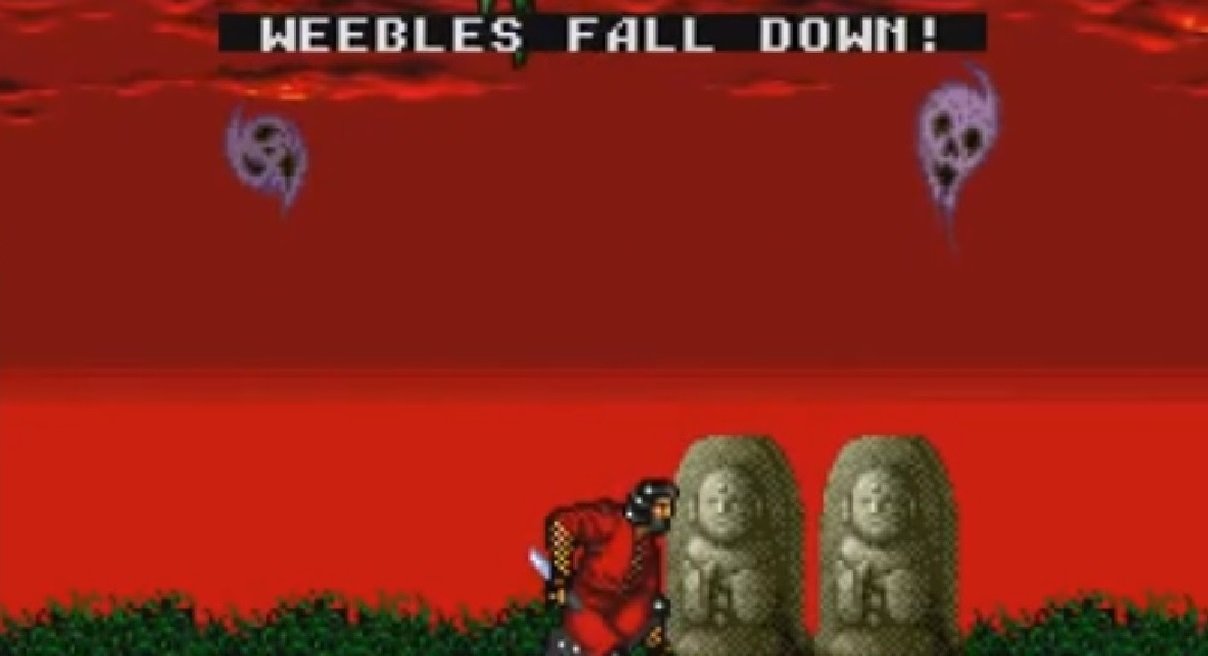 Those looking for an easy, snappy catchphrase better tread carefully in the future

Toy manufacturing companies the world over have come out this week in support of greater protections for intellectual property rights. This comes in the wake of several incidents in which vigilante mobs have borrowed slogans from such companies when carrying out their vengeful acts of violence. I spoke with the CFO (Chief Fun Officer) of Haspro Inc., Norton Atoll, from the company’s House of Fun in Slough, Berkshire, about the campaign and how his company in particular has been affected.

“The besmirching of our wholesome name is no laughing matter for us,” sighed Atoll, bouncing slightly on a space hopper, which all company employees use instead of an office chair. “People think helming a toy company is all fun and games, but when you’re faced with a bunch of hoodlums stealing parts of your company’s identity to peddle violence, it’s time to quit joking around. It’s not like we’re the bloody video game industry, or something.”

After taking a few bounces to regain his composure, Atoll elaborated on a particular case that has caused some anguish to his company. “There’s some acrobatic, nunchuk-swinging turd yelling around town that Weebles are falling down. Well, for starters, we brought in the best kinetic physicists in the country and built a million-pound laboratory in an underground cave, all for our lovely little Weebles. We have peer-reviewed journals confirming that our Weebles wobble, but they do not, I repeat, do not fall down. Maybe some lesser knock-offs wobble and fall down. Maybe some of them do not wobble nor do they fall down. Maybe a handful of outliers fall down, yet do not wobble beforehand. I cannot say. But the falling-wobbling ratio of our Weebles is a golden one that neither magic nor ancient martial arts can interfere with.”

“And that’s not all, Ms Interview Lady. We plan to go after them with no mercy, the only way the corporate world knows how – with a sternly-worded warning from our solicitors, followed by an injunction notice.”

This Interviewer Lady thinks the shiruken is mightier than the court document, but we’ll see how this story unfolds in the coming weeks.