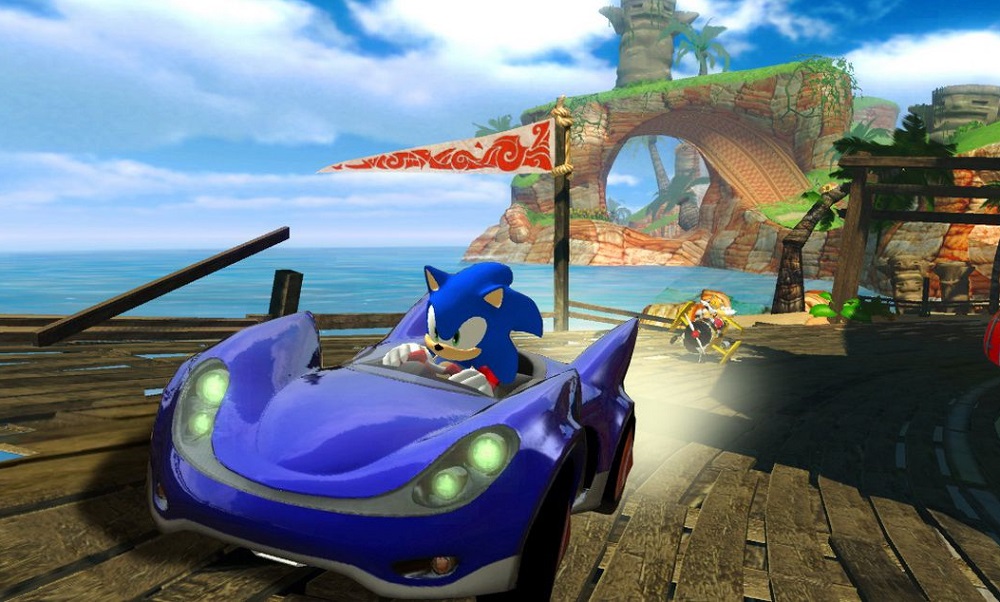 Last week, screen-grabs from a document, purportedly leaked from Sumo Digital, turned up on Resetera. The document showed the British developers were working on a “kart racer” featuring a “Global IP”. This led many to surmise that Sumo were in the process of making another Sonic & Sega All-Star Racing title.

Sega’s community manager Aaron Webber was quick to squash the rumour, taking to twitter to denounce that a new SART (Sonic/Sega All-Stars Racing Transformed) game was en route. The plot thickens with German website Spindash’ recent visit to the Spielwarenmesse toy fair in Nuremberg. At said event, British toy firm Zappies reportedly told Spindash that they were working on a brand new range, to tie-in with an upcoming Sonic racing game.

Of course, none of the above is official confirmation of anything. Some fans have suggested that Webber was being sneakily literal with his tweet, and although he specifically said there wasn’t a new “SART” game in the works, perhaps a similar racer, but with a totally different name, is in development.

At any rate, Sega are holding a Sonic the Hedgehog panel next month at SXSW 2018. So if Sonic, Rose and chums are preparing to hit the racetrack once again, I’m sure we’ll be hearing about it soon enough.