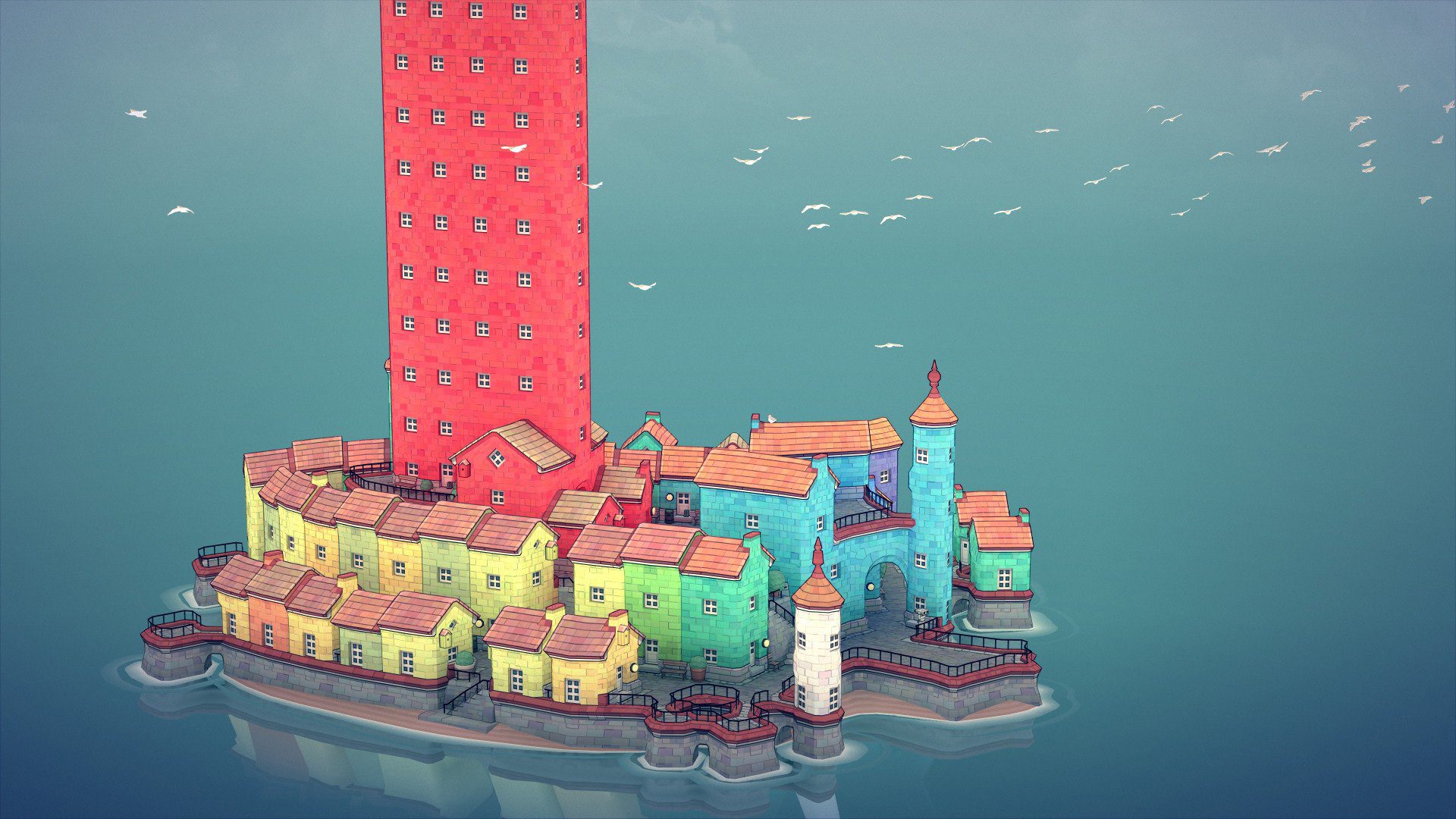 A town-builder with no combat and zero stakes

Townscaper is a town-builder without the usual hustle, bustle, and minutia that so often defines larger-scale simulation games like Cities: Skylines and Anno. In fact, Townscaper is “more of a toy than a game,” according to creator Oskar Stålberg. He’s launching it later this month on Steam Early Access. Check it!

Instead of building homes and streets for a greater purpose and bracing for the dire consequences of poor urban planning, here, you’re meant to construct for the sheer joy of it. That’s the big idea – and a lot of behind-the-scenes work went into making the tool as seamless and simple as possible.

Here’s the one-sentence pitch: “Pick colors from the palette, plop down colored blocks of house on the irregular grid, and watch Townscaper‘s underlying algorithm automatically turn those blocks into cute little houses, arches, stairways, bridges, and lush backyards, depending on their configuration.”

There’s no inherent goal to speak of. “Just plenty of building and plenty of beauty.”

That might sound a little too simple. If so, this will be one to watch. Over the next four months or so of development, Stålberg intends to add “auxiliary features such as a mesh exporter, a GIF recorder, a free camera,” and other new features based on “how people interact with Townscaper” in Early Access.

I think this should catch on with people – especially kids – who appreciate care-free building.