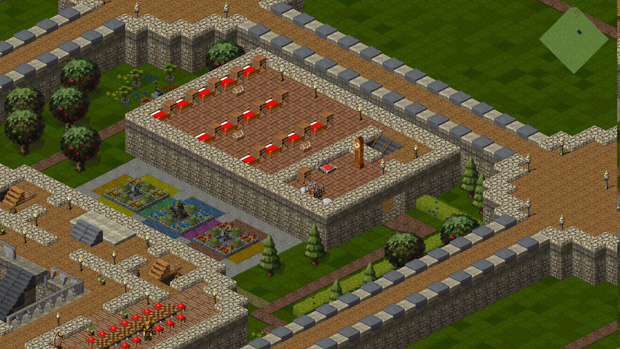 City-building sim Towns made it through the Steam Greenlight process and released on the platform, unfinished, in 2012 before Valve had implemented its Early Access program for work-in-progress games. That didn’t go over so well, but it was just the start. Developer Xavi Canal, too burned out to continue work on Towns, left the project and its 200,000+ players earlier this year and developer Florian Frankenberger took over. Now, he’s also calling it quits.

He broke the news in a forum post, writing that “When I signed up for working on Towns I was told that we sell a minimum of about x copies/month of the game. I agreed to work on Towns for 15% of what would remain after removing all the taxes and the Steam fee.”

Problem is, sales have since been on the decline, and Frankenberger “can’t work for that little amount. I have to pay for the rent and food and this doesn’t really suffice.”

There have been discussions with Canal to possibly create a sequel if their schedules allow for it. Which is fine, I suppose, but to bring that up now after burning Towns players? Buyer beware.