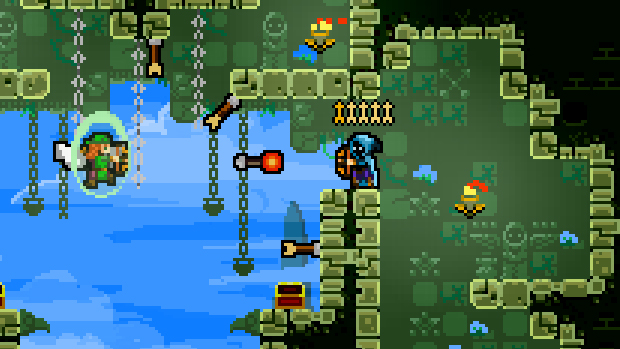 The multiplayer archery combat game released on Ouya earlier this year and quickly made a name for itself as the struggling Android-based console’s killer app. Despite the Ouya team’s attempts to lock up exclusive content for its platform, Thorson is interested in bringing the acclaimed title to a wider audience.

The PC version of TowerFall will include an array of improvements and new features, including a pair of new characters, roughly 50 new levels, additional arrow-types, a single player campaign, and possibly a level editor with Steam Workshop support.