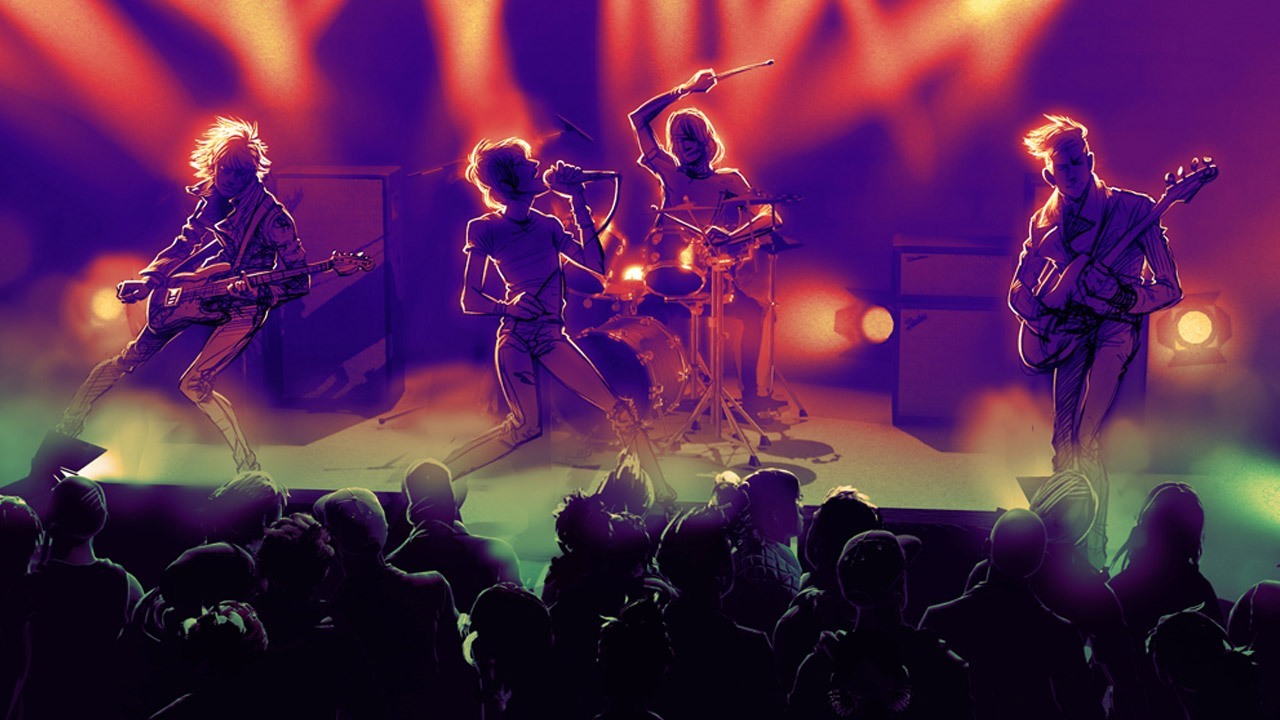 Pretend for a minute that you’re in a band that has achieved some degree of notoriety. Sounds great, right? Maybe not. There are a lot of decisions that need to be made, and sometimes the people influencing you don’t have your best interests in mind. They’re just hanger-ons who want to leverage your fame for monetary gain.

So, you’re left will all kinds of classic quandaries. Do you sell out for an easy buck and betray your roots? Do you go on an insufferably long tour or get back in the studio? Do you shoot or snort your heroin? (The band is gonna be so pissed if they find out you’re using needles.)

Rock Band 4, simulation of a rocker’s life as it is, asks the player to make some of these decisions (although probably nothing as dark as that last example). In a post on the game’s site, Harmonix outlined some details about career mode. The choices you make will influence your band’s story and the sets that you play. Harmonix says that while these start off as pretty straight-forward, they eventually become quite nuanced. For instance, you might have to decide whether to take part in a new wave of Internet promotion and digital distribution.

Of course, this is all just set dressing for the meat of Rock Band 4: The rocking out. It’ll dictate how you go about doing that (whether you have the freedom to pick your songs, or have to play a very rigid setlist), but rocking will happen one way or another. Really, that’s all that matters because that’s all people expect from Rock Band anyway.