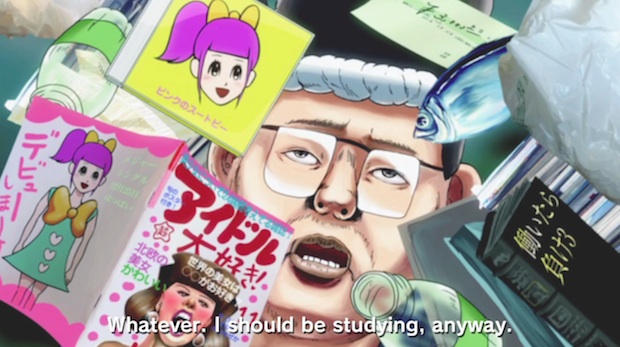 Goro is…well, he’s a lot like me. He’s a gamer, slacker, and internet addict, though my head quite isn’t as long as his. You’ll see in this new trailer for upcoming Vita game Touch My Katamari that during one of his struggles to break away from gaming and the internet, Goro finds inspiration to clean his life up. His inspiration? A washed out, fat, wrecked King of Cosmos, shown in a television news report. It’s sad to see the King this way.

There’s also some new screenshots for this game in our gallery. Among them you’ll find the King himself, but with ice cream hair and laser eyes. Man, what happened with this guy?

Touch My Katamari is a launch game for the PlayStation Vita, so we’ll see it on February 22, 2012.

Filed under... #Katamari Damacy#PSVita#Touch My Katamari