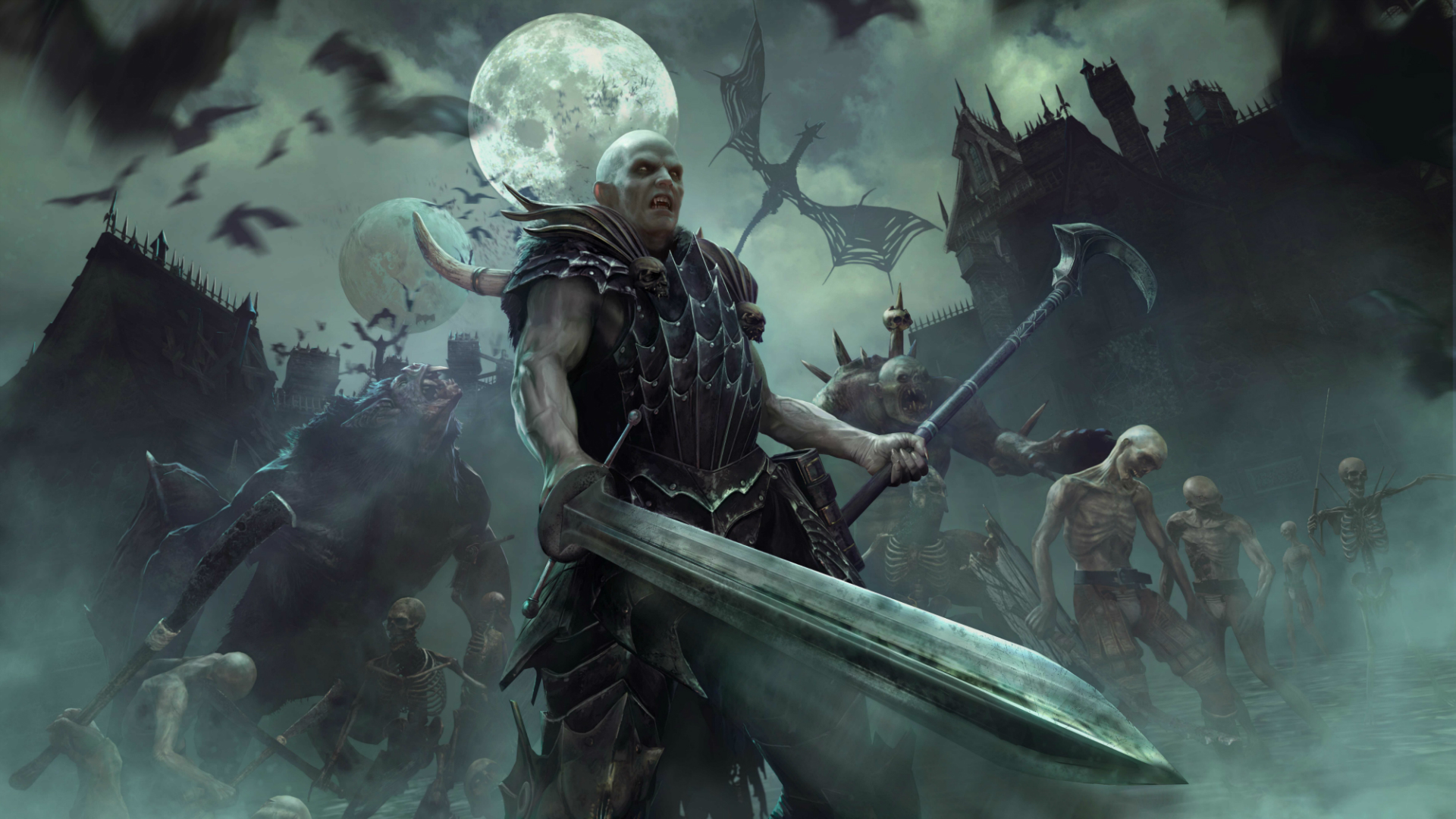 I did not know how to hammer the war

Last year, Jordan conjured up a post titled “Okay, Total War: Warhammer looks awesome,” and that about sums up my knowledge of the game. I have no background with Total War aside from a vague awareness that it exists, and some folks are keen on it. I’d say that I’ve never touched Warhammer in my life, except that I just remembered that I played through Space Marine, but that’s in the 40K universe, which this Total War…is not.

So when I was two bloody marys and one blood orange mimosa in (because the Vampire Counts faction was the focus of the event, you see) at a Total War appointment and a representative led me to a PC and basically said “Have at it, kid!” I stared blankly at the monitor for a good five minutes. Fair warning, if you wanted an in-depth look at the systems and minutiae of what 98% of America agrees should be called Total Warhammer, it ain’t here.

After I filled myself with the determination required to even attempt to break into the whirring, spinning, interlocked gears of a strategy game like this, I spent another ten minutes trying to understand how to move my faction leader Mannfred Von Carstein over to a rival vampire lord who was talkin’ shit. I wanted to wreck that loser, and was hindered by my lack of UI knowledge. Eventually I asked for help and realized that I was big dummy who was out of my element, and I was well on my way to giving my new enemy a wedgie.

I soon initiated a fight with this wannabe, first making sure to have an army of skeletons, zombies, and bats, like any respectable Castlevania player. On the wide-open fields of battle, I learned what makes the Vampire Counts different from other units (though, again, the reps could’ve lied to me at any time about this and I would have nodded agreeably). While other factions can lose morale in a fight, Von Carstein’s necromancy allows him to raise the dead, and the dead fear naught. Instead of turning tail, skeletons and zombies fight until they’re put back in the ground, and that’s a shorter trip than I would’ve thought.

Most of my time totally warring consisted of using Von Carstein’s life drain and dead-raising spells as I commanded my thousand Gothic wet dreams to focus fire on any stragglers. Anyone who even looked like they’d disagree that Depeche Mode is the best band to listen to while wearing eyeliner tasted my wrath. This was all well and good until I started to fight humans and they pulled out rifles, blowing me to pieces, and I realized oh shit Vampires don’t have ranged attacks. To make up for this, they have flying units such as Vargheists and Terrorgheists, which look to me like those Troll dolls from the ’90s, but after a decades-long meth habit. And that’s awesome.

I lost many a skeleton along the way, but earned plenty of gold Dark Magic to recoup my army and improve my home base. Menus upon menus allowed me to purchase new spells for Von Carstein, raise new units, and communicate with rival factions (I could have chosen to make allies, but I killed all who opposed me, and made them my thralls).

Though I was obviously lost throughout this whole appointment, what surprised me most is how much I actually want to tear into Total War: Warhammer to understand just what in the hell I was doing that whole time. Sure, it was daunting, and some of you will probably laugh at me for not having the history of both franchises etched into my mind, but for the first time, I’m excited about a strategy game. I’ll sink my fangs into it on May 24. And if Chris is really sadistic, he’ll make me review it.