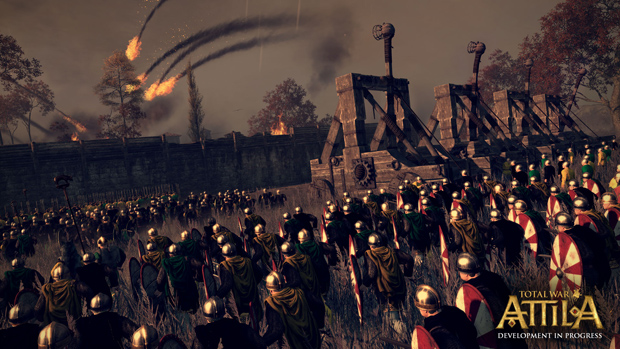 Pre-order or buy the game at retail for access

We haven’t heard much about Total War: Attila since Creative Assembly announced the strategy game back in September but it’s coming along. To catch you up to speed: the year is 395 AD, family trees are back, and you can burn whole cities to the ground. The studio has returned with a worldwide release date of February 17, 2015 and some, groan, pre-order details.

By putting money down early (or buying a retail copy of Attila, which comes with an Attila the Hun biography by Nic Fields and a reference guide poster), you’ll receive the Viking Forefathers Culture Pack. This DLC adds the Danes, Jutes, and Geats as playable factions.

Those who pass on pre-ordering will have the option to pay $7.99 for this content at launch on February 17, though I can’t imagine why anyone would want to do that. Here’s the trailer: