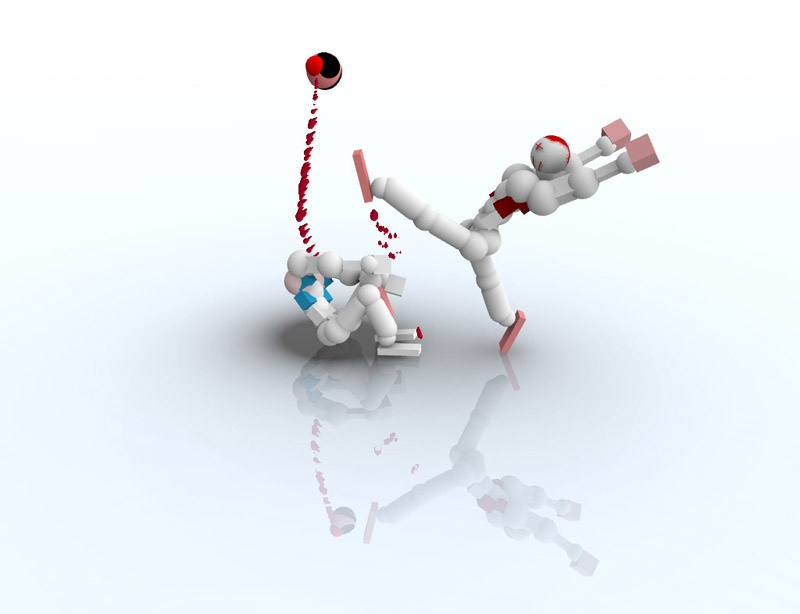 It’s hard to even say what genre it’s a part of. As far as gameplay goes, all you can do is alter the angle and position of the body parts of a Vectorman-looking dummy. Doing so will determine the strength and type of attack the dummy will carry out once you give it the go-ahead start to moving. Attacks potentially lead to massive levels of Van Damme-age. Heads and limbs being ripped off, with a spray of red and purple paint, are totally the norm in the minimalist, violent, and bizarre world of Toribash.

You really have to see it (or play it) yourself to understand. Hit the jump to see a vid of the game’s nearly finished WiiWare port in action, or download the game (for Mac of PC) right here, and then tell me; is this the kind of game that’s worth buying on a home console, given that it’s already free on computers?