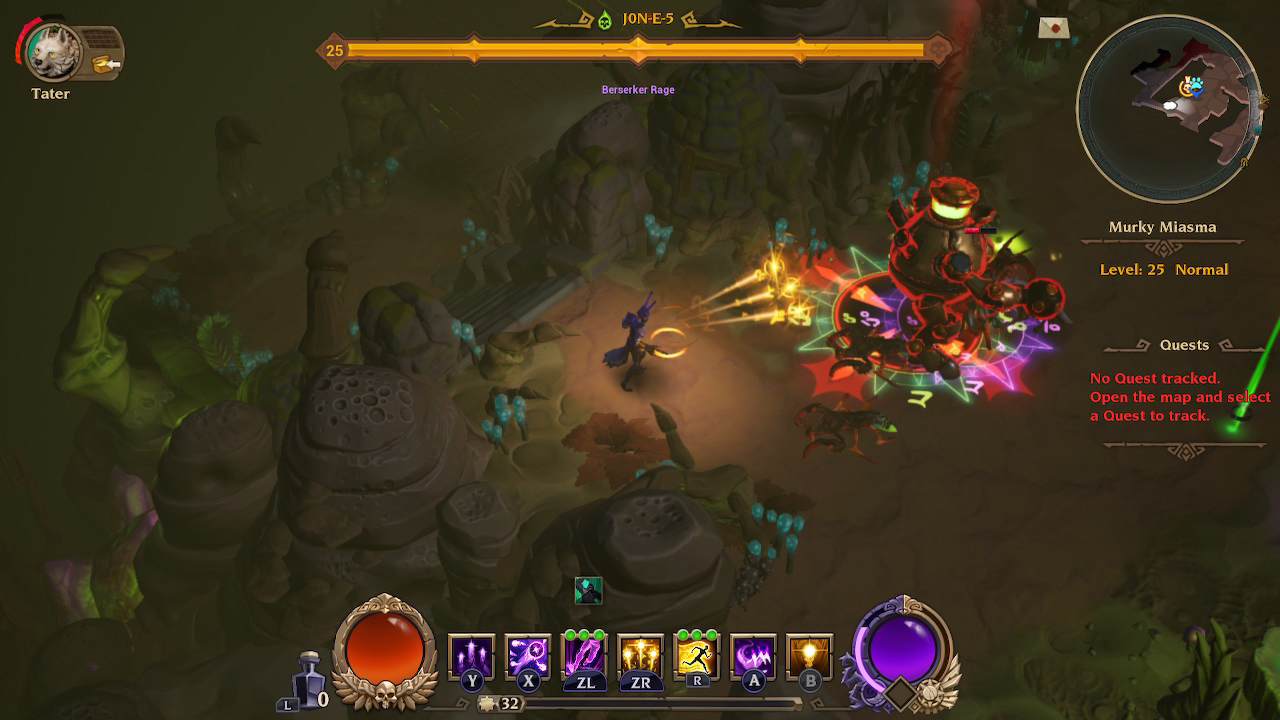 And I do mean *light*

Some of you expressed interest in the Nintendo Switch version of Torchlight III in particular, and well, here it is, ready to be downloaded today from the eShop for $40. It’s the last port out of the gate.

In terms of Switch-specific features, you can use the touch screen to manage your inventory and the menus, and the exclusive pet is a freaky Ashen Glittersprite. Hey, what have you got against llamas?

Not to tell you how to spend your money, but I’d probably wait for a significant sale unless you’re in a ravenous mood for a lighter action-RPG that won’t push back too hard or throw complicated loot your way. That lack of complexity was one of my biggest criticisms – Torchlight III feels like a step down from the eight-year-old Torchlight II – and there’s just no getting around it. Newer isn’t automatically better.

There’s always the possibility that Torchlight III can get better over time, but considering it already went through its Early Access phase and the updates didn’t turn things around, I’m not optimistic right now.

Frankly, if you’re on the fence, I’d give Minecraft Dungeons some serious thought even if you’re zero percent invested in the wider Minecraft universe. Semi-related: I miss Gauntlet Dark Legacy so much.