From wrestlers to panda-suit-wearing sociopaths

When assessing a publisher’s impact on the industry, we tend to focus on the highs rather than consistency. THQ was anything but consistent, putting out Nintendo DS shovelware, rushed licensed games, and taking part in one of the absolute worst games of all time with Mohawk & Headphone Jack. And yet, THQ occupies a warm place in our hearts. Those three letters represent some of the best times we had with games of the past decade, bringing unknown studios like Volition and Relic into the limelight.

Once we scraped off all the Bratz games and pet sims, we had a hard time determining THQ’s top ten best. 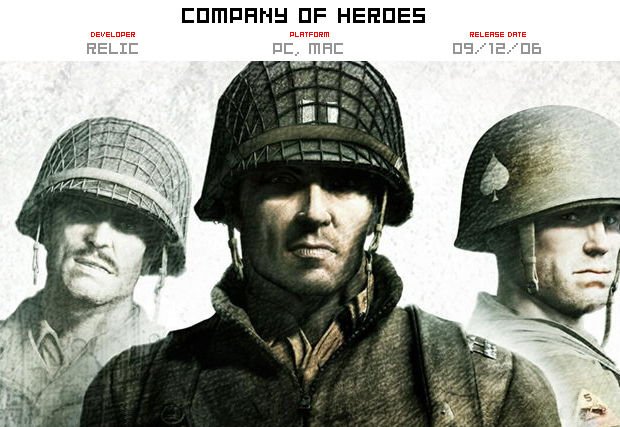 Anyone who knows me, knows that I loves me strategy games. I love StarCraft, Rise of Nations, Sins of a Solar Empire, Civilization — you name it. Company of Heroes was probably the first one that got me really into WWII from a strategy perspective. It is also one of the first games that took advantage of advanced graphics — namely, destructible environments — that have a huge effect on gameplay. As tank shells create craters, for example, your infantry can use the modified terrain as cover. Subtle details like that keep gameplay fun and dynamic and also provide a refreshing twist on the classic RTS. – Daniel Starkey

[Take a look back at our previous Company of Heroes coverage.] 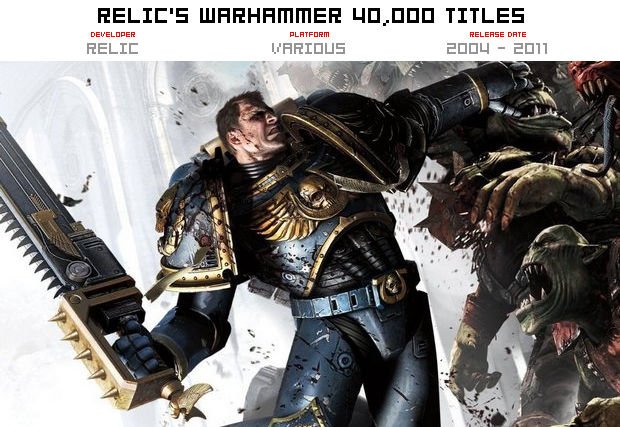 Licensed games, as a general rule, tend to be rather uninspired affairs. Relic Entertainment’s acclaimed Warhammer 40,000 titles fly in the face of that trend. Space Marine and the Dawn of War series are genuinely entertaining titles that pay homage to Games Workshop’s license rather than abuse it. Relic has delivered quality experiences time and again, developing games capable of standing on their own merits while still providing ample amounts of fan service for the already initiated. As someone who has spent more than a fair share of hours painting miniatures and rolling dice, it’s clear Relic has a great deal of reverence for the source material. Captain Titus’ battle with Ork and Chaos forces on Forge World Graia brought that universe to life for me. I wish Relic the best and hope that their new overlords at Sega allow them to keep making these games for a long, long time. – Kyle MacGregor 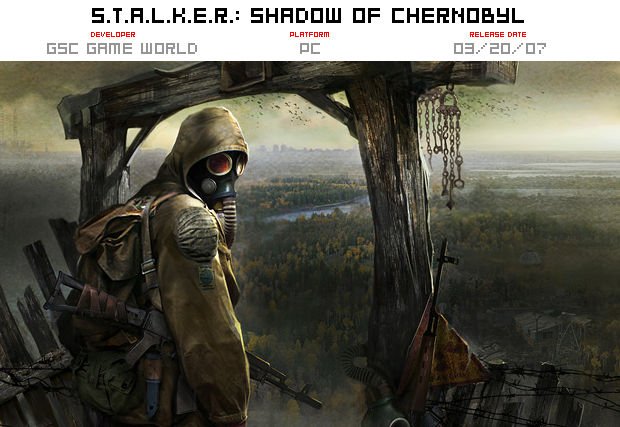 While the game was initially buggy, a heroic modding community has managed to make S.T.A.L.K.E.R.: Shadow of Chernobyl into something worth celebrating; despite its dreary setting and almost constant peril, the Zone was a place that oozed life. It is a brave game both mechanically and tonally, considering no FPS has come close to what S.T.A.L.K.E.R.: Shadow of Chernobyl attempts is slightly sad; the singular highpoint of the whole Call of Duty franchise is when the series visits Pripyat in the irradiated zone. – Alasdair Duncan 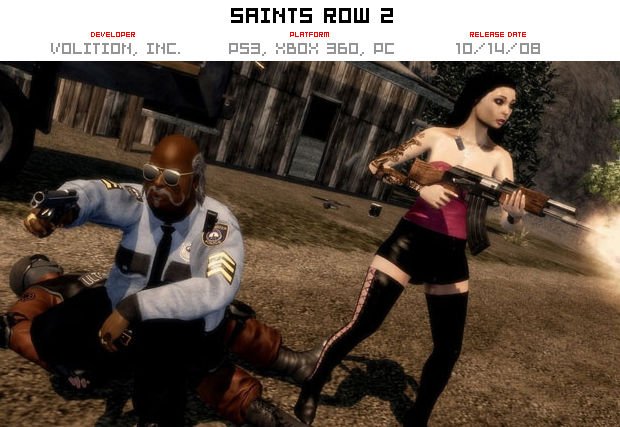 It feels wrong to love Saints Row 2, but it feels even worse not to. The presentation lacks polish, the writing is tasteless, the focus is aimless … but it’s so fun!  Where Saints Row made a marked improvement on the GTA series’ controls, Saints Row 2 makes a remarkable improvement on almost every other level. GTAIV offered flawless presentation but boring combat; Saints Row 2 is just the opposite. It’s the sandbox game I’ve always wanted, where nothing matters but the player having fun. Want to surf on a car for no reason?  Hell ya!  Want to ride golf carts through a mall while doing a drive-by?  YES! Even the music is awesome in this game. GTA is great but nothing compares to firing infinite rockets at cop cars while driving to Hum’s “Stars”. If only I could merge Saints Row 2‘s gameplay with GTA4‘s presentation and story, I’d have the greatest game ever. For now, I’ll take Saints Row 2 over GTAIV.  After all, I can watch The Wire if I want inner city drama.  – Allistair Pinsof

[Take a look back at the only Saints Row 2 video that matters on the internet.] 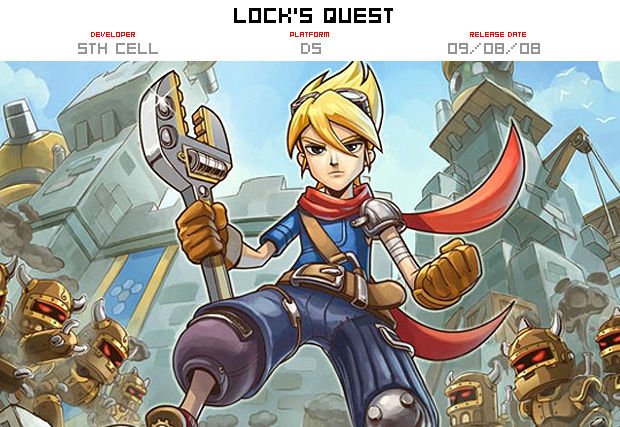 Lock’s Quest is one of the most unique games released on the Nintendo DS. It spices up tower defense with direct character control and RPG elements.  Long before Iron Brigade and Starhawk, Lock’s Quest had players building walls and constructing turrets to later fight among them. The ability to directly control Lock on the battlefield may seem trivial at first, but it adds an entirely different prioritization element to tower defense, where Lock’s location, health, and special abilities all factor into the decision making process.  As a tower defense game, it really shines in that it’s not unforgiving in its difficulty, but the later levels really feel like they push you to your limits. While it’s satisfying to have a great base built that easily repels the hordes of robots, it doesn’t get much better than feeling all is lost only to scrape by with a well timed electrical explosion that takes out the last of the advancing enemies. Lock’s Quest is pure fun, whether you are a fan of tower defense or not. – Darren Nakamura

[Take a look back at our Lock’s Quest review.] 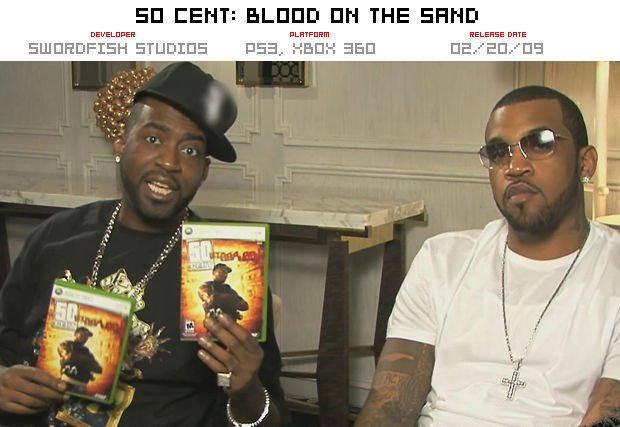 50 Cent: Bulletproof was an awful waste of time. 50 Cent: Blood on the Sand, on the other hand, stands as the greatest guilty pleasure for any person who was brave enough to try it back in 2009. 50 Cent and G-Unit are playing a venue somewhere in the Middle East where his payment is in the form of a diamond skull, because why the hell not? As luck would have it, that skull is stolen and 50 Cent goes on a bullet hose rampage, destroying the country and yelling “you fucked up!” at everyone until he finds it. Because no one takes Fiddy’s skull. No one. – Brett Zeidler

[Take a look back at our 50 Cent: Blood on the Sand review.] 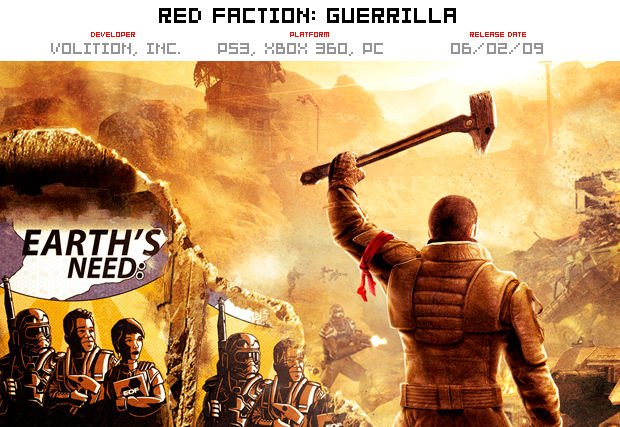 Red Faction: Guerrilla is initially interesting for its building destruction mechanics. It’s quite a hoot to blow up a building’s support beams and watch it tumble down into pieces on top of anyone around it. I might die in the process, but it hardly matters since I’ll just get a new guy and have at it again.

That’s when it hit me: these thoughts and ideas have a lot, perhaps too much, in common with those of terrorists. After all, the goal is to drive these uninvited invaders off of the planet, since they’re only there for economic reasons. Guerrilla explores terrorism in an almost uncomfortable way, by executing it perfectly. Throwing away a life in an explosive raid is okay to do within the game, though it does make me a bit uncomfortable. And I love that. – Patrick Hancock

[Take a look back at our Red Faction: Guerrilla review.] 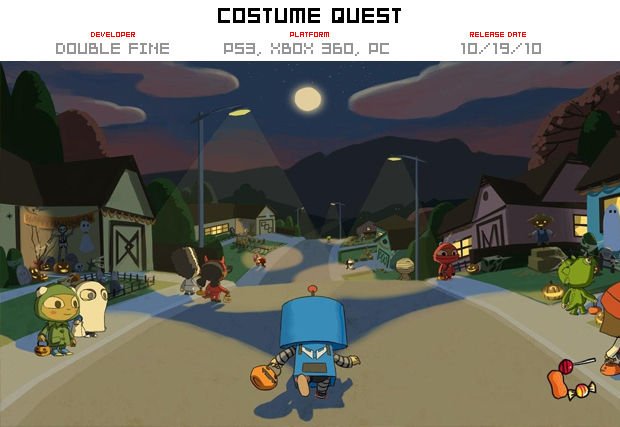 Very few games have warmed my heart like Costume Quest. There’s just something about it. Although many people were quick to point out it was a very basic RPG experience, for a downloadable title it was perfect. Subtle changes to RPG tropes, like candy as currency and trick-or-treating as quests, helped showcase that the game wasn’t merely a homage, but a labor of love. Combat has elements reminiscent of Super Mario RPG and exploring the whimsical world never felt like a chore. Double Fine did a great job recapturing the spirit of every child’s favorite evening, and THQ did the right thing by publishing it. – Chris Carter

[Take a look back at our Costume Quest review.] 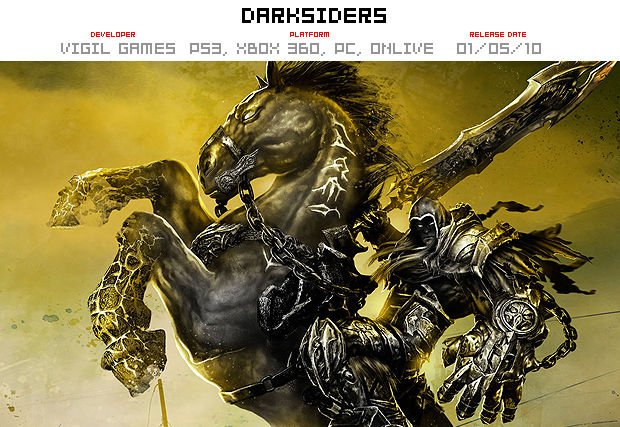 Until the arrival of Darksiders 2, drawing comparisons to Zelda was used interchangeably as a slight and compliment. Whether shamelessly cribbing from God of War, Portal, and Panzer Dragoon made the game stronger or not was also a point of contention. Never before had a game attempted such blatant copying of contemporary, popular games. Though some resisted Darksiders — and still do — for me, it showed that there is no shame in copying others when quality and holistic design come before tribute. The variety of level design comes from copying other titles, but Vigil Games is what made all the disparate parts come together in a game that continues to surprise until its end. When stripped away from its idols, you get Darksiders 2, the equivalent of a dried-out sponge. – Allistair Pinsof

[Take a look back at our Darksiders review.] 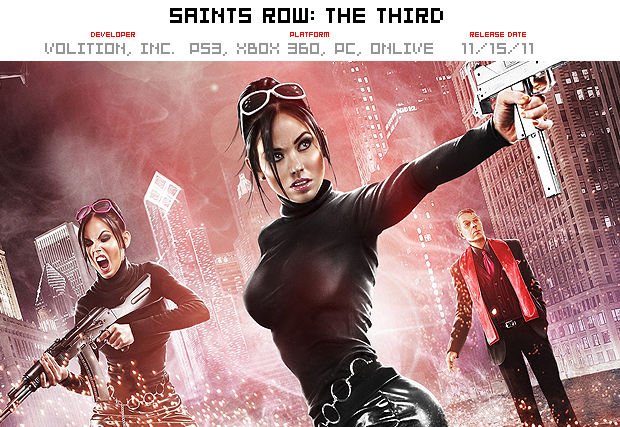 Some people may say that its predecessor, Saints Row 2, was a funnier and better game. These people are afraid of change. The Third is the full realization of what the series had been working towards. It is utterly ridiculous and doesn’t pretend to be anything but. By doing this, the actions of the player outside of cutscenes fall in line with the character’s actions within them, unlike a certain other company’s open world games.

The https://deckers.die mission in particular is what skyrockets this game above any other. In a single mission you become a toilet, a sex doll, use the Mega Buster, participate in a text adventure, and fight a boss that simulates lag. I truly hope that when future generations talk about the best levels in video games, deckers.die is sitting alongside the classics. – Patrick Hancock