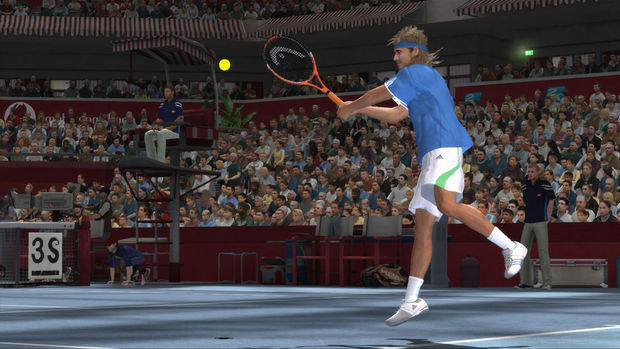 The uncannily realistic Top Spin 4 has been announced today by 2K Sports. The game will hit Xbox 360, PlayStation 3, and Wii in 2011.

According to 2K Sports president of product development Greg Thomas, this will be the most authentic tennis game you can get in your home, outside of playing or watching tennis. And if you’re playing tennis in your house, I hope you have homeowners insurance, because I suspect you’re going to make a mess.

“For this iteration, the development team is focused on delivering a bold new take on the sport of tennis by allowing gamers to experience first-hand an uncanny level of realism in the player and stadium models, authentic audio captured directly form real tennis matches, and all-new innovative controls to dominate the competition,” Thomas says.

2K Sports also says folks who pre-order the PS3 or 360 versions at GameStop will receive a code to unlock a vintage Andre Agassi playable character.

There’s no mention of PlayStation Move or Kinect support in the announcement. But given that the title is coming to the Wii as well, it wouldn’t be shocking to find that at least PS3 owners will have a motion control option. We’ll follow up with 2K to see if that’s in the cards.