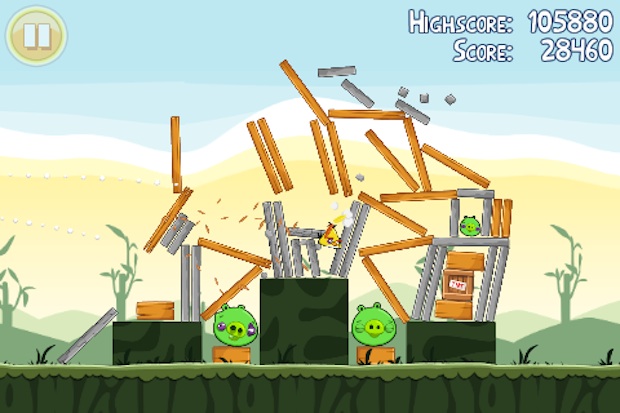 Ah hell. More Angry Birds. Apple has released their list of the top selling apps for 2010 and Angry Birds sits at the very top of the paid apps list.

Rovio, the now rich guys behind everyone favorite time waster, says that they’ve sold about 12 million copies. That’s a lot of sling shot action. Right under Angry Birds is Doodle Jump, Skee-Ball, Bejeweled 2 + Blitz, and Fruit Ninja. Skee-Ball — now that’s what I’m talkin’ about. Bejeweled also. Much love to those keeping it real.

If you’re interested, this VentureBeat article has the top five songs, movies, iPad apps and albums.