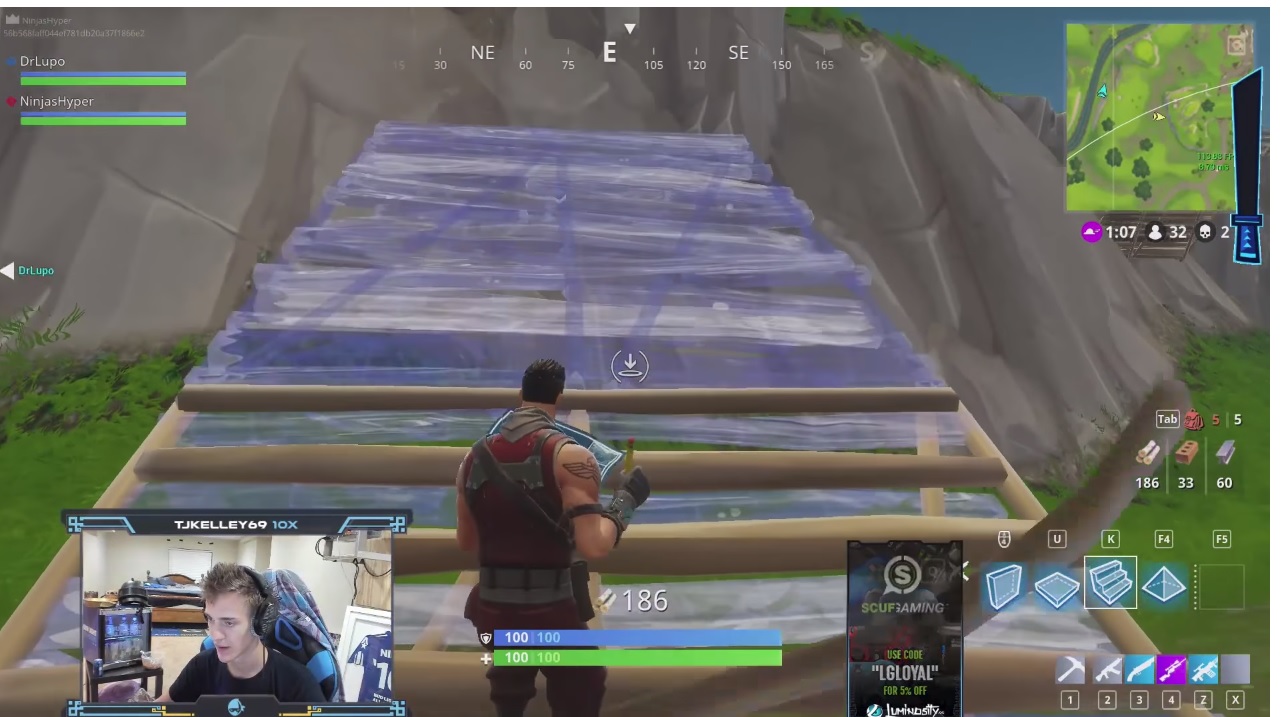 You may remember him from the Drake stream

As streaming continues to be a lucrative endeavor for the crème de la crème at the top of the charts, Fortnite player Ninja has disclosed that he makes $500,000 a month streaming across both YouTube and Twitch.

In an interview with CNBC that I’m sure scared half of the parental population to death in the sense that they now have to fend off their child that thinks they’ll go pro, Ninja explains that he’s able to make that dough partially due to Amazon/Twitch Prime subscriptions, as well as his constantly growing profile, which includes a recent bout with the Drake.

Although many Fornite players had already heard of him, Drake was the straw that broke the camel’s back and thrust Ninja into the limelight of major media outlets like CNBC. At the time of this writing Ninja has 5,352,571 subscribers on YouTube, and 3,882,163 followers on Twitch