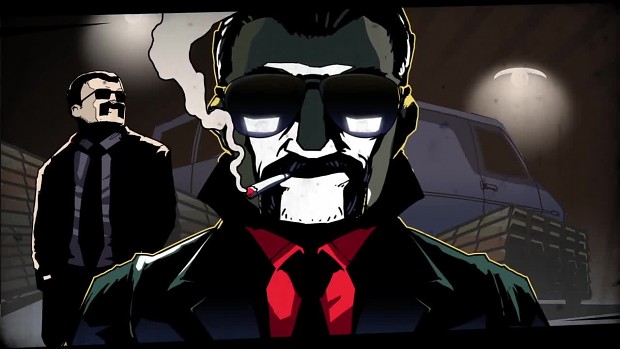 Beautifully hand-drawn, with a soundtrack that Tarantino might approve of

The Masterplan is said to draw inspiration from well-known tactical turn-based games as well as Hollywood’s classic heist films. If you noticed that the music and some aspects of the game’s look have a certain Tarantinoesque feel to them, this isn’t a coincidence. As it turns out, I learned today in an email exchange with co-founder Harri Manninen that the team are fans of the American filmmaker, and the aesthetics are somewhat influenced by his work.

The studio reports that that at launch, The Masterplan should have around 1.5 – 2 hours worth of playtime, but it will be updated every two weeks. Expect the title to evolve quite a bit during the Early Access phase. Also of note, the levels that are available in this build are sandbox in design, and are meant to be replayed several times so that you can experiment using different tactics to experience the various results.

In an interview with Counter Frag, CEO Jiri Kupiainen stated that The Masterplan isn’t actually turn-based, but is more like “real-time with pause, except that you can’t fully pause the game either — just slow it down to bullet time.” The reasoning behind this design choice is to try to strike a balance between being able to plan your next few steps, while still feeling the pressure of pulling off a heist in progress.

From what I’ve seen, this looks like it has a lot of promise. While perhaps not a perfect fit for what I’m looking for in an Early Access title, I’m not going to rule it out completely until I see more footage of it running in the next few weeks.

The Masterplan is available for both PC and Mac on Steam and the Humble Store. Linux support is coming soon and will most likely to be added before the title leaves Early Access.