I consider the N64 to be my main stomping ground, which is no small claim. Although I recognize the considerable drawbacks of both the hardware and the era in which it was spawned, I love it all the same. I suppose the fact that it’s a contrasting mix of good and bad is really the cause of my attraction. The PS1 is too good. The Saturn is too lacking. But the N64 is like fine art played on a vaseline-smeared screen.

It had some great titles, though. While I’ve picked my top 5, and I’m confident in my picks, I’m leaving out a number of titles that I could gush about. That’s sort of why I don’t like lists like this, I’d rather talk in-depth about the merits and problems of each game in their own context, not compare them. However, if someone is going to do it, I’m definitely the most qualified. I’m fairly sure everyone thinks that about themself, but only I am correct in this assessment. The on-rails shooter is a sub-genre that remains widely untapped. It’s bizarre to think that the best example of it is still the 1997 classic, Star Fox 64. While largely a re-do of the SNES original, telling the same story but in greater detail, it manages to be a better realization of the concept while still being equally experimental.

Anyone who has played it probably has a bunch of favorite moments from the game. Was it when the train explosion made the rumble pack go ballistic? How about when Star Wolf appeared in their upgraded Wolfens? To top it off, if you had any extended experience with it, I bet there’s a tonne of voice lines burned into your brain that you can repeat pitch perfectly. 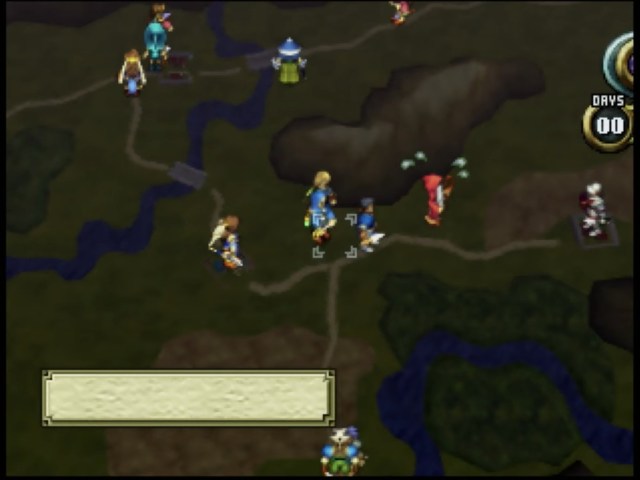 Ogre Battle on the SNES was a great game with a lot of problems. Its follow-up, Ogre Battle 64: A Person of Lordly Caliber, solved a lot of those problems, feeling more like a realization of the intended formula. The only problem is that the N64’s horrible gelatin blur makes the whole game look ugly. Not the art style, just the textures and the filtering over the sprites. Yeesh. If any game needs a remaster, it’s this one.

But it’s 60 hours of troop-upgrading fun and semi-strategic combat. The back of the box says 50 hours, and it’s lying. Have you ever truly appreciated what a fever dream F-Zero X is? Ridiculously fast speed that keeps you on the edge of control, bizarre aliens and robots piloting strange amalgams of metal and glass, foggy tracks hovering in the midst of nowhere. That’s to say nothing of the sound design here, which sounds like the outer limits of a concussion. F-Zero X is a legend. While the console follow-up – F-Zero GX on GameCube – may have tightened up the gameplay, it also added an unhealthy dose of sanity. I prefer my racing games to be nauseatingly abstract.

Considering I edged Star Wars: Episode 1: Racer and Beetle Adventure Racing off the list in favor of this legend, I feel it says a lot about how poorly Nintendo is treating this series by keeping it in the stables. Mario Kart is great and all, but only F-Zero is within arms reach of being the best racing franchise of all time. Just maybe not the best-selling… 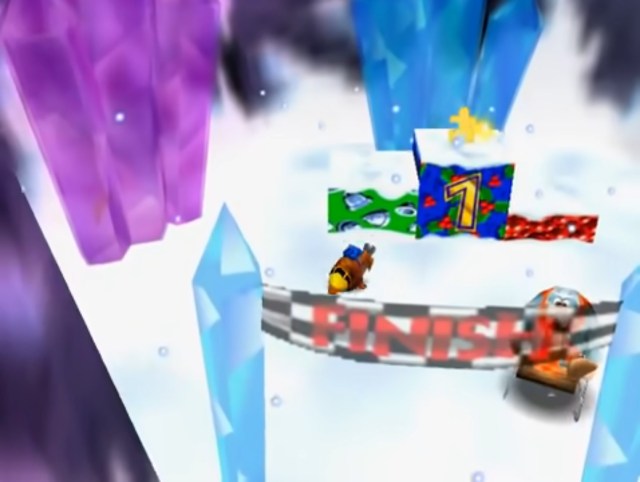 The N64 was the best era for Rare, with the developer putting out a number of games that are close runners for this list. I consider Banjo-Kazooie the best for a number of reasons, but mostly because it’s tight as cling-wrap. The controls are basically stolen wholesale from Super Mario 64 and presented in a less hyperactive manner. The variety is on point, and some fantastic pacing ensures there’s always something cool up ahead. Plus, Gruntilda is a fantastic omnipresent antagonist who taunts you all through her lair.

You may wonder why Banjo-Tooie isn’t here instead since it did see a major reassessment a few years ago. I also reassessed it and found it to be a bloated sack of boredom. The best thing I can say about it is that Banjo makes the best noise when he takes a nap in his backpack. Other than that, it’s a slog. Banjo-Kazooie, on the other hand, is platforming perfection. 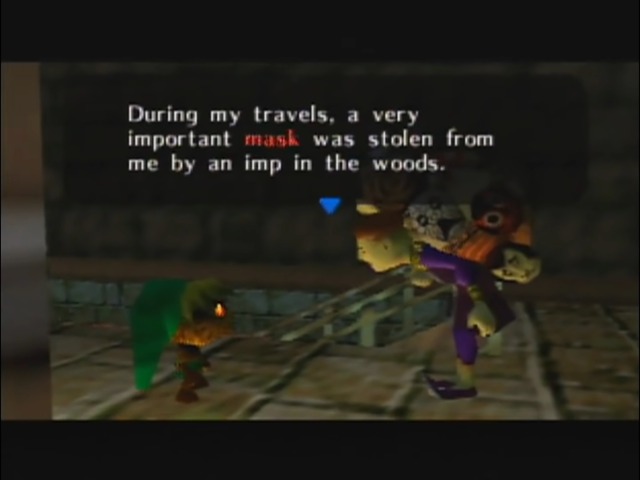 1. The Legend of Zelda: Majora’s Mask

Majora’s Mask is not just my pick for the best game on the N64; it’s one of my favorite titles of all time. While I love the Zelda series in general, Majora’s Mask transcends its kin. While its gameplay sticks largely to the established formula of overworld exploration and dungeon delving, it’s thematically dense. It presents a world gradually coming to terms with its imminent destruction, depicting characters that respond with anger, denial, sorrow, resignation, and even disassociation. Most of the world’s inhabitants don’t have many lines of dialogue, but each one encapsulates so much emotion.

As a person, Majora’s Mask added a dash of whimsy to my perception of death. It covers so many facets of this unifying experience and how we individually approach it. We’re always staring it down, constantly trying to find meaning, yet still, we hold onto our failures.

Hm? The gameplay? Oh, it’s good. I like the mountain area, especially.