Let’s get this party started.

The Final Fantasy series might be the single most popular party-based JRPG series ever made. Since the release of the very first game all the way back in 1987, every single numbered entry in the series has had a crew of one kind or another. 35 years later, nearly everyone who’s ever played one of these things has a favorite party member, a companion who’s stuck by them through thick or thin. An old pal who’s been handy on the battlefield and friendly in the overworld.

In some ways, it’s impossible to list the five best party members in the history of Final Fantasy. The five “best” party members for most people will ultimately end up being the protagonist and four of the strongest characters from their favorite game. To avoid falling into that trap, I’ve decided to set a couple of guidelines: this list will feature only one character per game, and protagonists are strictly off-limits. While I’d love to just add every single character from Final Fantasy VII, in the interest of fairness, I will not be doing that. With that in mind, I’d like to outline the five finest party members from throughout the storied history of Final Fantasy. 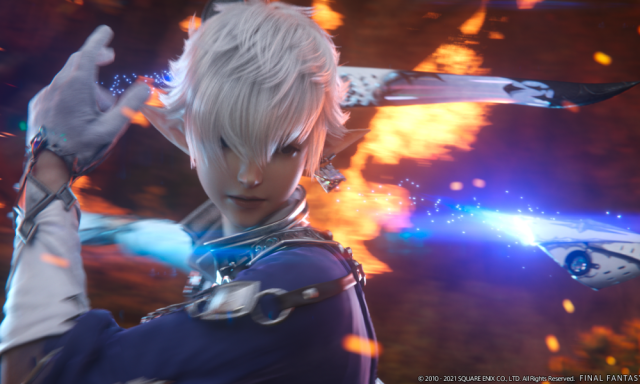 Do the Scions of the Seventh Dawn count as a Final Fantasy party? Yes. They do. Final Fantasy XIV is an MMO, which means most of your adventuring is done with other real people, but the Scions serve the same narrative function as most Final Fantasy parties. Early in A Realm Reborn, the first major campaign in FFXIV, the Scions recruit the player to investigate some mysterious happenings, and the player becomes entrenched in their ranks immediately. The Scions are the player’s closest companions, their ersatz found family.

Through that lens, spending time with Alphinaud is a bit like watching an annoying younger brother grow up. In the beginning, he’s confident that he knows what’s best, and he often struggles to pull himself away from that mindset. Very, very slowly, through failure and through growth, Alphinaud humbles himself, and in time he becomes one of the most likable characters in the entire game (and in the entire Final Fantasy franchise). It’s the kind of arc that Final Fantasy fans might take for granted—we’re a bit spoiled for good writing—but it stands out in an MMO, a genre that’s not exactly known for its character work. Plus, you can run dungeons with Alphinaud using the Duty Support system, so he counts.

Balthier is an absurdly charming roguish sky pirate who gets swept up in the wildly convoluted political plot at the heart of Final Fantasy XII. He serves as something of a grounding force for the player, an excellent execution on a well-worn archetype that keeps the game’s ultra-involved plot from feeling completely alienating. He’s also voiced by Gideon Emery, who delivers one of the greatest English-language Final Fantasy voice performances ever. 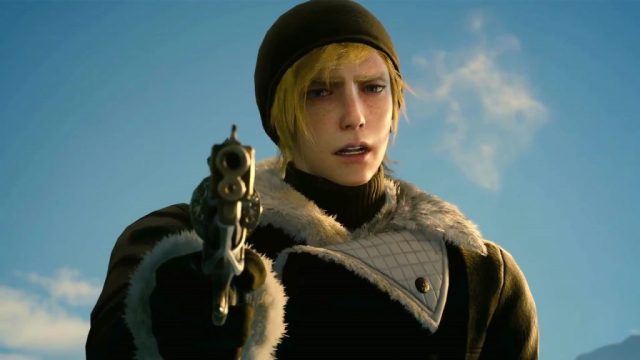 Whatever else there is to say about Final Fantasy XV, it’s tough to deny that it’s got one of the best parties in any Final Fantasy. This five-man crew, made up of a prince and his royal guard, is one of the best examples of a well-written friend group in the history of video games, and Prompto is easily the star of the show.

Prompto is a wise-cracking gunslinger, and it would have been easy for him to be just that. He’s already likable enough as the goofball counter to protagonist Noctis’ edgy Hot Topic attitude. Instead, FFXV gives Prompto a pretty arresting story, too. He’s always felt like the outsider in his little crew, and that feeling is only enhanced when he discovers the troubling circumstances of his birth.

Of course, a lot of that story is communicated through the post-launch Episode Prompto DLC, but that’s more of a problem with FFXV‘s bizarre narrative decisions than an indictment of the actual character. Plus, Prompto is the star of one of the most heartbreaking scenes in the entire series towards the end of FFXV. If you know, you know. 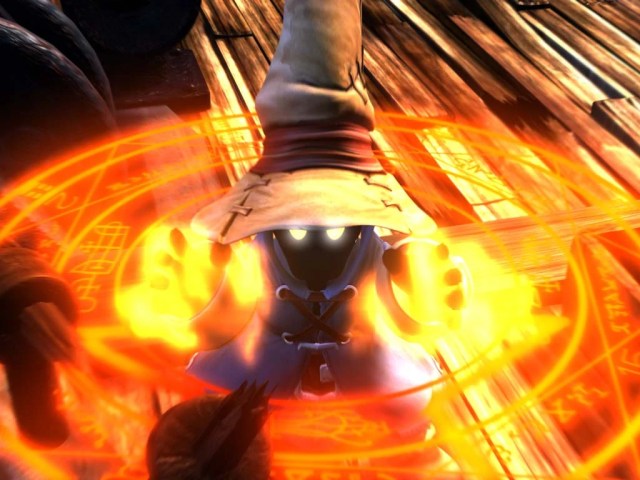 Vivi’s character design is one of the greatest called shots in the history of video games. He looks exactly like the Black Mage, a generic job that’s been around since the very beginning of the franchise. For any other character, this would have been an act of unmatched hubris. It feels as though Final Fantasy IX is claiming this specific character as the Black Mage, over any other Black Mage in history. It’s the kind of burden almost no character could burden.

But Vivi shoulders it with ease. That’s because Vivi is just… kinda great! He’s an adorable little fellow, an introverted lad, and a comically strong damage-dealer, but he’s also hiding a shocking depth of character. Vivi’s path to self-discovery is both tragic and beautiful, and it’s why he’s one of my favorite Final Fantasy characters ever. 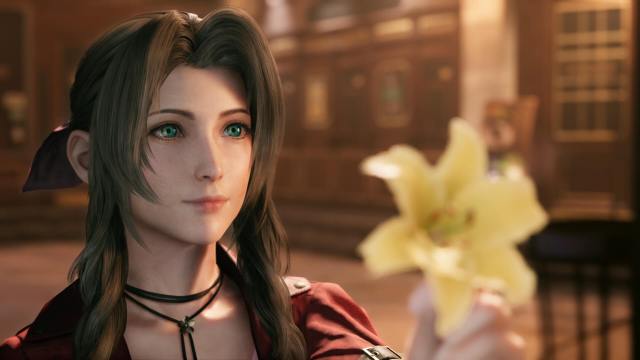 Everyone loves Aerith. It might actually be illegal to not love Aerith. She’s an extremely charming character from the jump, and it’s honestly impressive how quickly she starts to feel like an actual person. It would have been easy to make her a one-note love interest, but she feels truly three-dimensional (and that’s not just because VII was the first 3D Final Fantasy game). When folks reminisce on Final Fantasy VII, they usually mention Aerith’s ultimately tragic fate, but it’s her lively humanity throughout the rest of the game that makes her feel so unique.