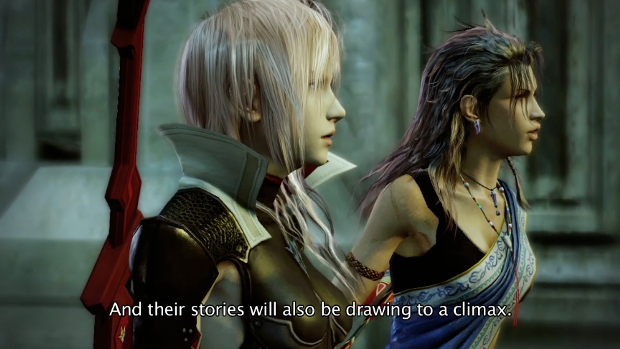 Lightning Returns and stays for a couple weeks

I was ecstatic to hear Bravely Default: For the Sequel was being streamlined from the original 70 hour completion time to a (relatively) more reasonable 30 hour time. My backlog has been insurmountably filled with JPRGs for probably a decade.

Speaking to IGN, Lightning Returns gameplay director Yuji Abe addressed concerns that the game would be too short. Because, apparently, someone in the world is concerned a JRPG will be too short. “I played through from start to finish trying to see almost all of the aspects of the game and it took roughly about 50 hours,” Abe said. A less exacting playthrough could feasibly be done quicker, I hope.

I don’t know why we have trouble moving away from the weird concern over how long a game is. I get that price is an issue, that you wants some sort of tangible Lightning Returns on investment, but people that take it down to hour of gameplay per dollar formulations are lunatics and probably sacrifice loofahs to Ratt songs.

I think most games are too long. Taking up time is not an accomplishment, especially when it’s needlessly padded out with trivial junk. Still, as I’ve said before, I’m actually pretty hopeful for Lightning Returns, though I don’t expect I’ll spend the completionist-tier 50 hours in it.