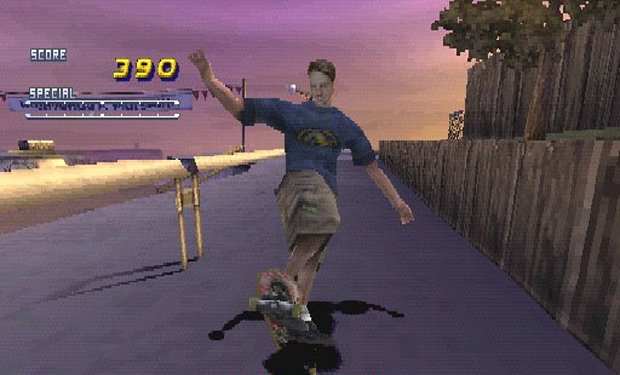 Did You Know Gaming

Before Neversoft kicked off its tremendously successful Tony Hawk series, the studio worked on a PlayStation game called Apocalypse which had Bruce Willis spouting off lines like “Strap one on, it’s time to Jam!” (And, before that, it was working on a title literally named “Big Guns.”)

This Did You Know Gaming video is about Tony Hawk, don’t get me wrong, but I couldn’t resist taking the opportunity to give Apocalypse a shout out. Since the two games shared an engine, when Neversoft showed an early demo of its skateboarding game to Tony Hawk, Bruce Willis was the player character. “He was still holding a gun, I think,” recalls co-founder Joel Jewett.