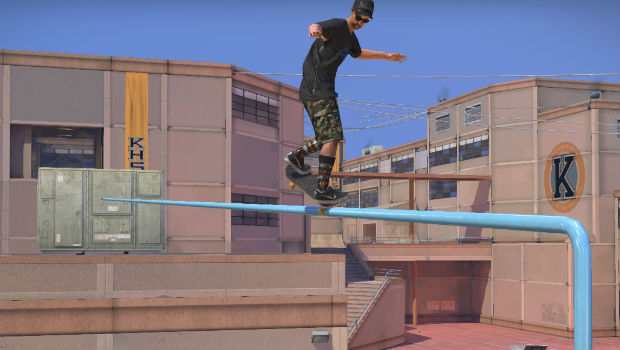 Well, folks, I’m continuing on my journey to be one of the only people in the gaming industry to cover Tony Hawk HD — I hope you’re enjoying the ride!

In recent news, it seems as if Robomodo has patched the 360 version of the game to allow reverts for every stage. The PS3 version was patched last week, and the PC version update is coming soon.

Originally, reverts were only planned for the upcoming Tony Hawk 3 DLC levels, but now they’re for everyone, it seems. Time to hit the leaderboards I guess, as most of my scores have probably already been toppled by now.

As for the DLC, it’s scheduled for December 4th, and includes Airport, Canada, and LA, as well as Steve Caballero, Geoff Rowley, James Hetfield (YEAAAH), and Robert Trujillo for $4.99.