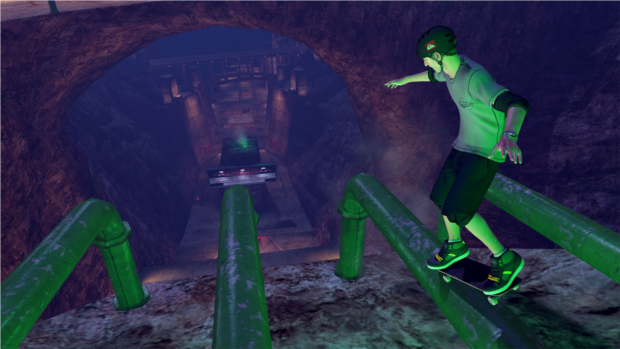 Tony Hawk’s Pro Skater HD may be making its debut next week during Microsoft’s Summer of Arcade, but there’s good news for those of you looking to nostalgically grind on your PCs. Activision has confirmed that the HD collection of the best of the first two classic Hawk games will be seeing a PC release “later this summer” alongside the PSN version.

To accompany this announcement, we’ve got a slew of new screens as well as a slow-motion trailer featuring skating (and series) veteran Eric Koston the classic Hangar level. Longtime Hawk fans are most likely feeling a tinge of nostalgia right now, myself included. I’m a sucker for that helicopter, so this will probably end up being an easy buy. If you absolutely can’t wait to get your paws on the title, and you happen to live in California, you may want to look into the Birdhouse Left Coast Tour where the game, and skating, I presume, will be on display.