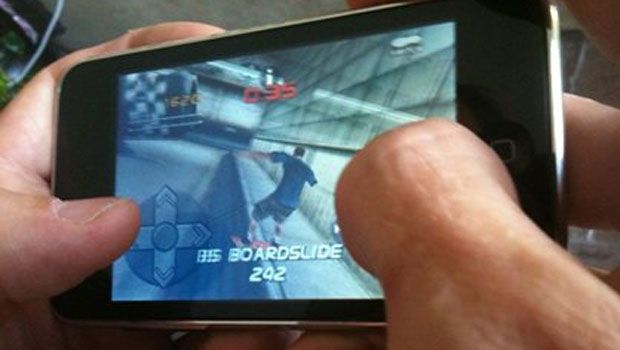 I guess when you’re Tony Hawk you can do whatever the hell you want when it comes to your games. That’s why the skateboarding legend decided to reveal that one of the original Tony Hawk Pro Skater games is headed to the iPhone.

“In the PR world, this is considered ‘going rogue,'” he tweeted, “but I’m too excited to contain it. This is real and dropping soon.”

He then decided to post an image of the game, which looks like it might be Neversoft’s 2000 sequel. While RIDE was a bit of a disappointment, the Pro Skater games are legendary. Despite the formula getting a bit stale, if you go back and play one today, you’ll find it’s just as fun as it was the first time you held and then released X before mashing the square and the d-pad.

No word on release date, price, or if it’ll be impossible to play on the iPhone. But I’ll probably be buying it regardless.