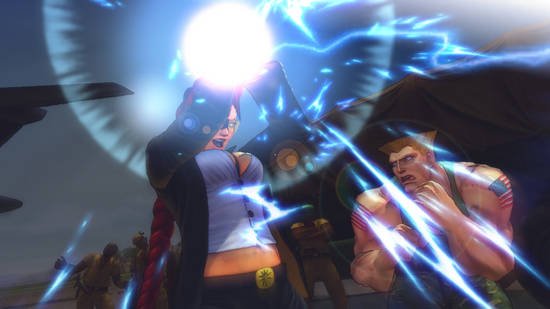 Capcom just passed along over 70 new pictures of Street Fighter IV. The photos show off Crimson Viper and Abel using their moves to kick some serious ass against Guile and a few other Street Fighters. The cool thing about most of the photos is that they are all sequential and certain chunks look like an animated gif if you cycle through them quickly enough. Plus, some of the facial expressions in the photos are pretty hilarious.

Seth Killian over at the Capcom Blog also just uploaded a video giving a lot of details on Abel’s moves set. Seth gives some pointers for future Abel players in how some of the moves can be chained together. One really interesting thing that Seth mentioned about Abel is his Ultra Combo. Abel will actually kick opponents in the groin a couple of times before throwing them into the air and then slamming them back down to the ground. Now that’s ultra!