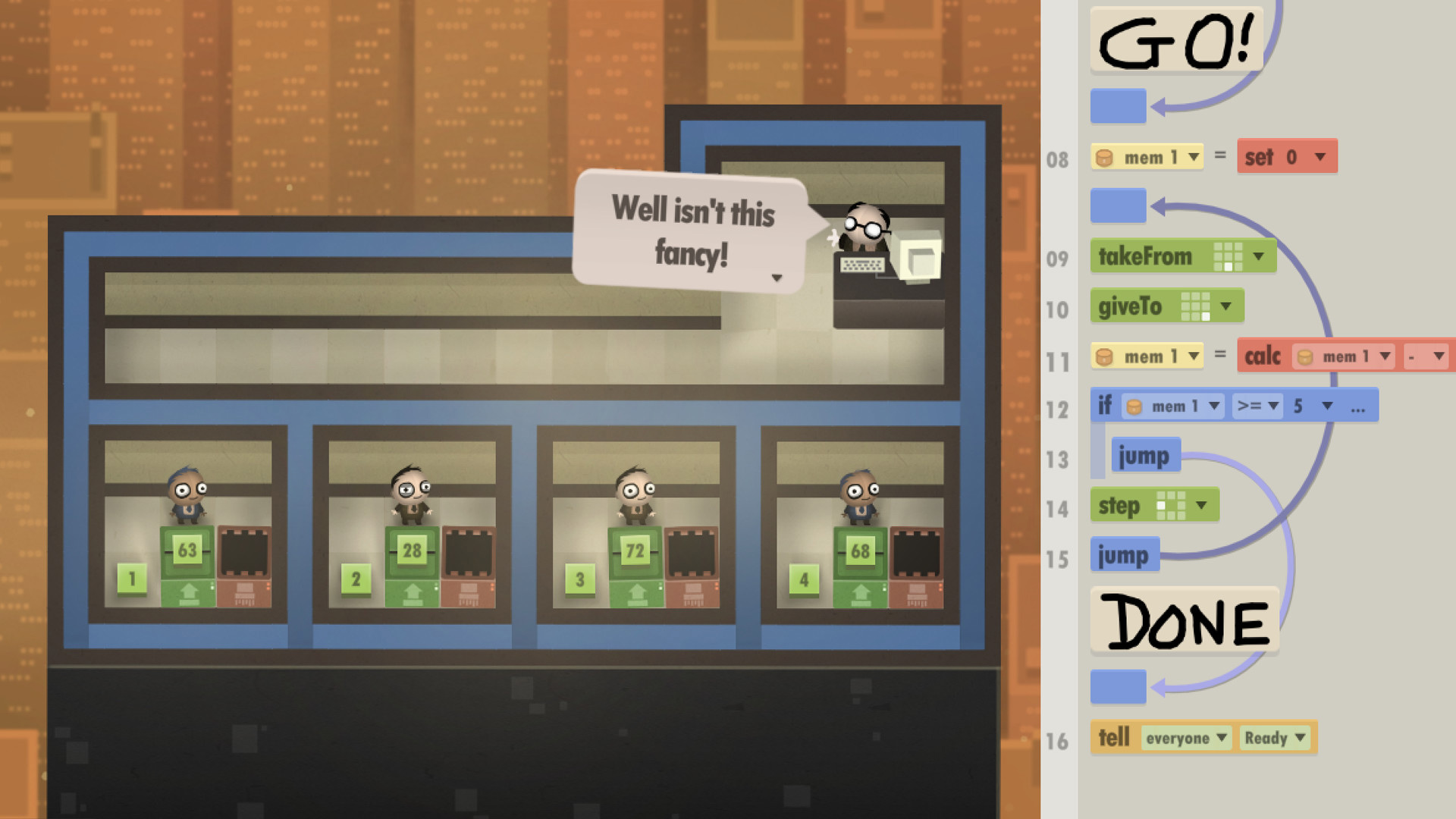 ‘For all you programming nerds’

In 7 Billion Humans, the new programming puzzle game from Tomorrow Corporation, machines have given jobs back to humans. Every last one of us. All in a single office building “visible from space.” The minds behind World of Goo, Little Inferno, and Human Resource Machine haven’t lost their touch.

Whereas its predecessor Human Resource Machine had a single worker performing various tasks, 7 Billion Humans “has an all new language that lots of workers can all execute at the same time.” Put another way, the game is essentially “your very own parallel computer made of people.”

It’s planned for Steam and Nintendo Switch. Even if this isn’t your thing, the trailer might be.