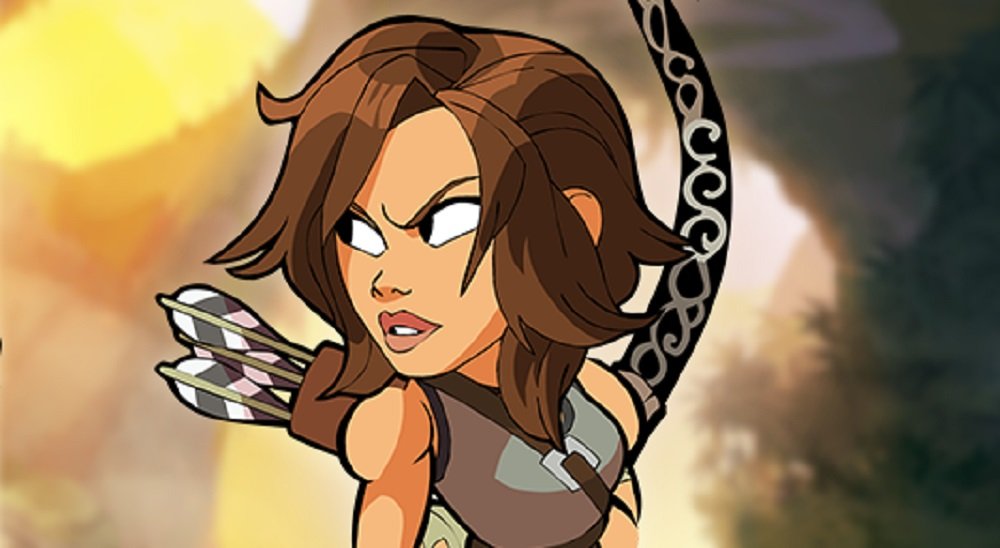 Treasure hunter, gaming icon and all-round ass-kicker Lara Croft is getting ready for another rumble, only this time it’s in the Smash-lite world of Brawlhalla. Everyone’s favourite tomb raider is available to purchase in the free-to-play fighter right now, as part of Brawlhalla‘s new 3.57 update.

In a really neat touch, both classic “blue vest and shorts” Lara and “gritty modern survivor” Lara are both included in the bundle, each with their own exclusive animations. Ms. Croft has been delightfully recreated in Brawlhalla‘s cute, charismatic style. I think she looks really good, a perfect fit for the wild fighter’s universe.

Along with Lara herself, the Epic Crossover event includes a new map, Temple Ruins, a brand new mode, Temple Climb, and a sinister-looking podium. Players will also earn bonus gold when logging in. Several bug fixes and balance tweaks have also been applied to Brawlhalla, and you can check out the full patch notes over at the official website.

Brawlhalla is no stranger to crossover characters, having previously featured numerous WWE Superstars, as well as characters from franchises such as Rayman, Shovel Knight, Steven Universe, Adventure Time, and even Hellboy.