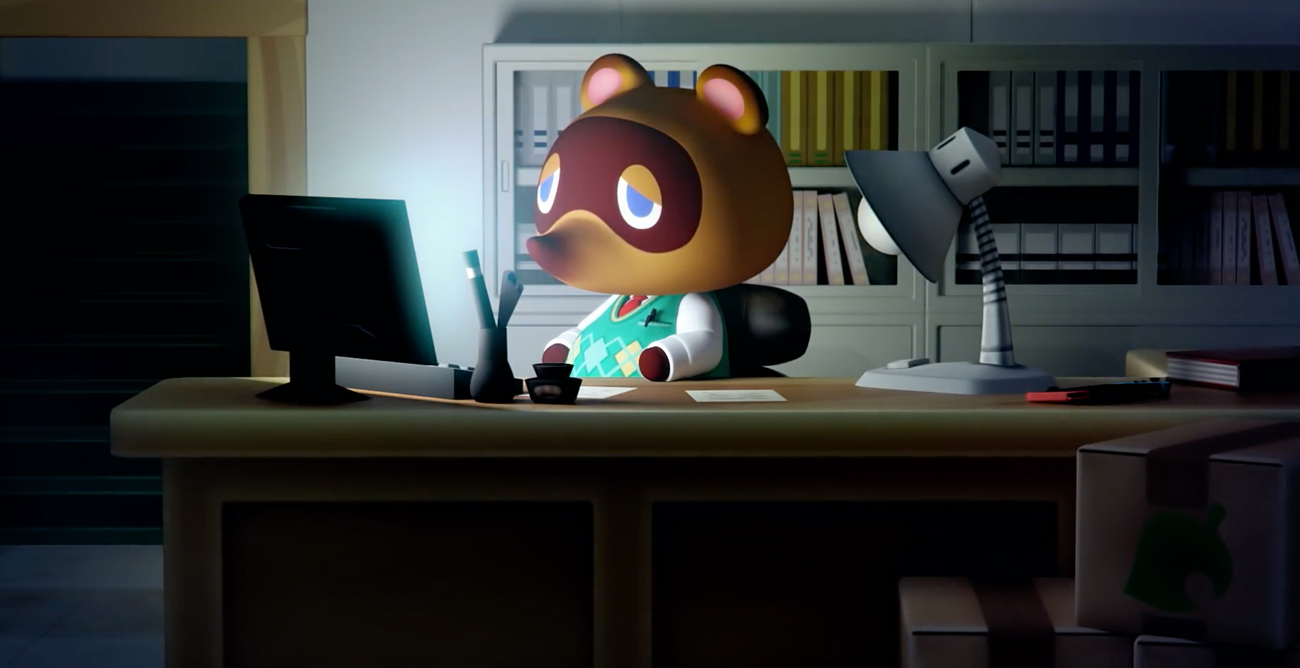 The only villain in Animal Crossing is your indifference

This week’s Nintendo Direct was something of a whopper, opening with a bang in Luigi’s Mansion 3 and ending the exact same way when it was revealed Animal Crossing is in development for Switch. I like Animal Crossing, I’ve purchased every game in the series, but my fandom for the franchise has waned over the past few years. I very much stanned the GameCube original to anybody who’d listen to me back in the day, but now, when a new entry comes out, I can easily telegraph how it’ll go: I’ll play solidly for two weeks, then slowly taper off as other games call my attention. It’s a bit sad Pocket Camp is the only title to keep my attention for months on end since the first game.

But oh what a first game that was. Animal Crossing on the GameCube educated me to the truth that engrossing and entertaining games didn’t always have to be full of action and excitement. Animal Crossing taught me to find the joy in the minutia of life, the aspects I’d otherwise overlook in my journey to reach the end of a level or quest. It also gave me my first experience of something so common to the generations before me: homeownership.

The first house I bought was a delightful orange-roofed cottage in the center of my Animal Crossing town. I arrived in that burg with nothing but the clothes on my back and 1,000 bells in my pocket. No job, no savings, no inheritance check in the mail from a rich uncle who just had an unfortunate accident with an elaborate death trap somebody built for them. I was riding that train into town as a vagabond, a man with no prospects until Rover made a call for me. It’s a call that would change my life, to a man who’s, quite frankly, had their name dragged through the mud online over the years and especially in the past few days following the Direct. It’s a call to Tom Nook, who is actually good. 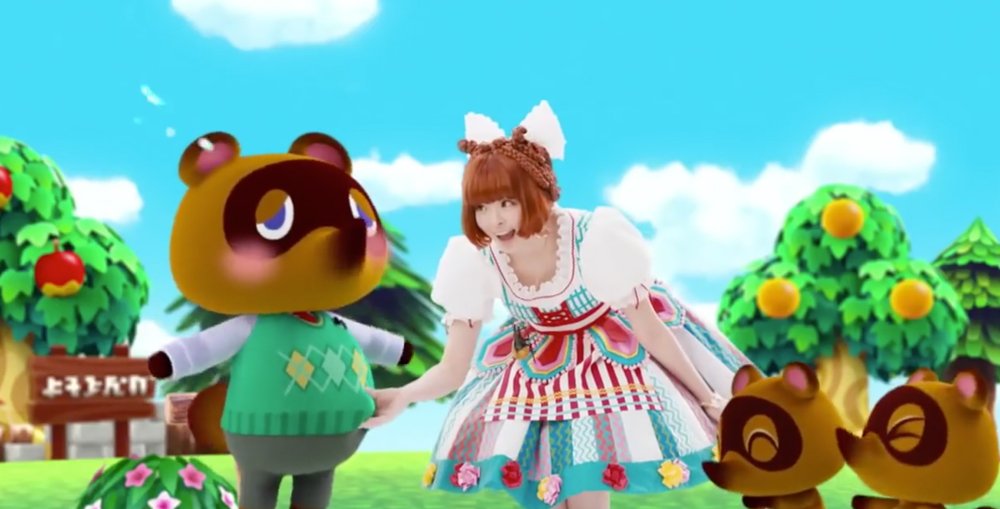 Tom Nook, the proprietor of Nook’s Cranny, is the first person to greet you when you arrive in town. In the opening minutes of the Animal Crossing, Tom gives you, a person who is basically a hobo at this point, a roof over your head and a part-time job. Not even a difficult part-time job. You have to plant flowers — a task he doesn’t even hound you over the details with — after which you’re immediately given a break to go meet the rest of the people in town. When it’s time to get back to work, you just make a few deliveries, write some copy, and give your neighbors a hand in their chores. When he runs out of tasks for you to do, that’s it. You’re done. You’re free to play the game as you see fit, without ever bothering to actually pay off that initial mortgage.

Let’s compare that to how I would go about getting my own house in real. It would start with me walking into a bank and end with them laughing me out of the building. I live in the San Francisco Bay Area, one of the most expensive areas in the world to call home. The average rent for a studio apartment in San Francisco is $2,400. In Oakland, right across the bridge, it’s $1,500. That’s a for a studio, probably no more than 500 sq.ft. The median cost for a house in the area in June of this year was $935,000. I’ve done the calculations and the base model Animal Crossing house in the Bay Area would cost eleventy billion dollars.

As long as I keep living here, Tom Nook will be the only shot I have at owning my own home. My own, tiny, fake home. Realistically, I’m not alone in that. Urban Wire published an article over the summer about millennial homeownership. For the avocado-toast-eating people of my age, ownership is lagging behind Gen X-ers and Boomers by about eight percentage points or roughly 3.4 million homes. There’s been a great shift of young, educated people to major cities over the past two decades and out of control home and rent prices have made it unaffordable to anyone who isn’t a top earner. Considering the vast number of restaurants and small retail stores that make up a great deal of San Francisco, that means for many a life of renting rooms with strangers until you meet that someone special to rent an SRO with. 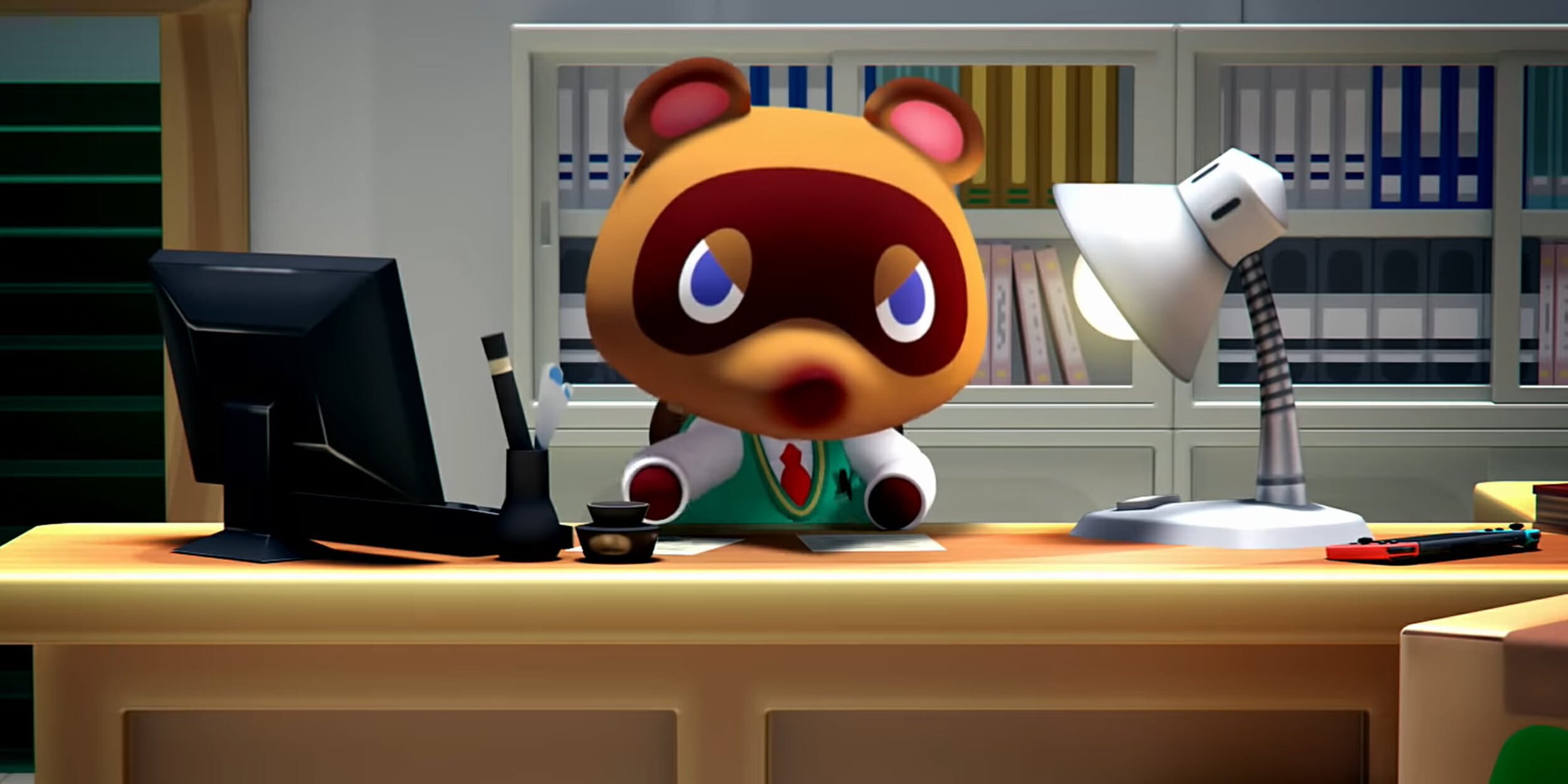 You want to come at me with “Tom Nook is an evil capitalist who makes players a slave to their mortgage” bullshit? Get that weak-ass tea out of here. Tom Nook gives you a house, asks you to put in a little bit of work to fully own it, encourages you to help make your town a better place, and, no matter how many years of no payments pass, never once attempts to evict you from your dwelling. Tom Nook is mother-fucking Jimmy Carter, building habitats for your humanity.

What? You want to be mad that he gives you the option of expanding your house because your possession-obsessed ass doesn’t know how to stop buying new furniture? Tom Nook will completely redesign your house in a day. A day! You ever see a real contractor completely add a second story to a house in less than 24-hours? Of course not. But Tom Nook will. He will tear down and completely rebuild your house, add a second story, a basement or a new room in less time than it takes for The Property Brothers to reroute the pipes because nobody in this country knew how to build a house with proper plumbing in the 1970s.

Oh, and let’s not forget Nook’s Cranny. Tom’s shop is one of the most responsibly run businesses I’ve ever seen. He doesn’t take out a loan or sell stock or make risky investments to expand. He waits until he’s made enough money and then funnels the profits into his business to improve it. His store is the lifeblood of his town and though you may think he’s greedy, he never once puts his friends and neighbors in jeopardy of losing their only source of supplies because of bad business deals.

Tom Nook is a benevolent businessman, which in a world of Bain, Bezos, and Walton is as rare as a leprechaun riding a unicorn through a sober fraternity house. Feel free to step off with your hot takes on Tom. He’s actually good, and I can’t wait to see what he’s building for Animal Crossing on Switch.

Besides, if you really want to hate anybody from Animal Crossing, hate Tommy. He’s the bastard who ruined Pocket Camp with those damn fortune cookies.