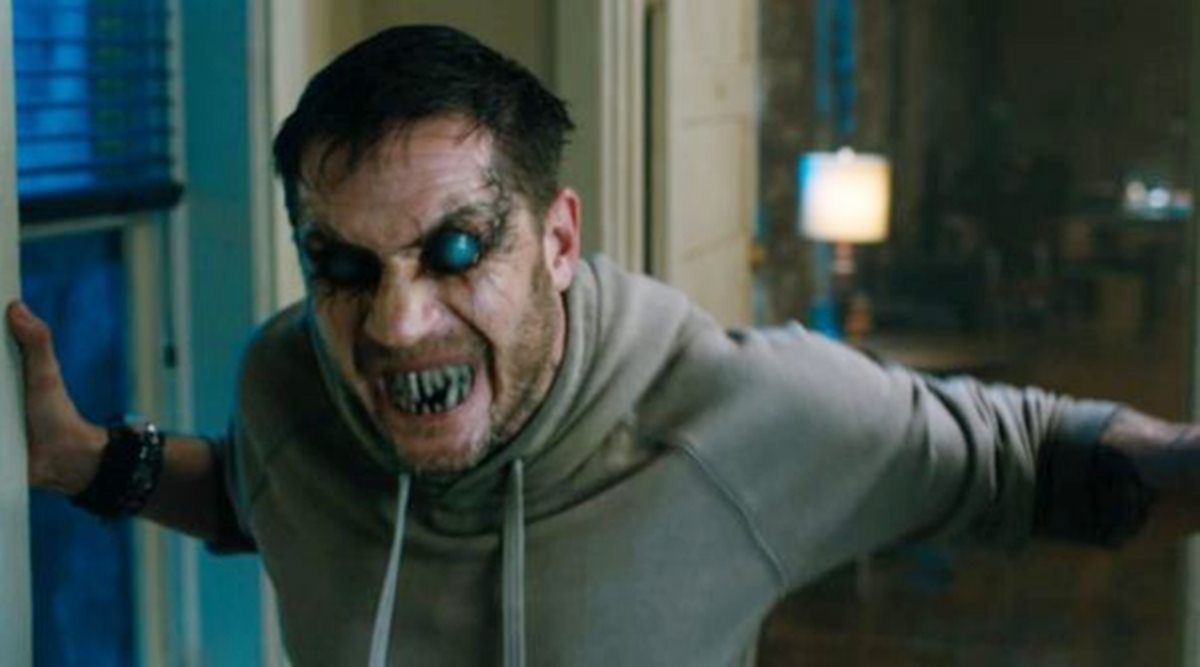 Being a famous Hollywood actor must really suck. You can’t speak freely about your projects without someone quoting them out of context or weaponizing your words against you. As I posted yesterday, Tom Hardy stated in an interview with YouTube channel “ComicsExplained” that his favorite scenes to film from Venom were in the 30-40 minutes cut from the film. Since that sounds an awful lot like a red flag, IGN took to asking Hardy about the quote at the premiere for Venom last night.

While I do honestly believe his answer here, I can’t help but feel he was coerced into this response from a studio executive. Mumbling around his words, Hardy clarifies that to answer the question of the scene he was most excited in shooting, “I was talking like an actor. I had a lot of time improvising and a lot of freedom to play with Venom. So in honesty, there is probably like seven hours or more of me playing Venom and enjoying myself.”

He then continues, “So me and the other executive producers know full well that has nothing to do with what’s in that story. But never the less, would I like to watch a seven-hour version of Venom…yeah.” Hardy also mentions that everything he wanted for the story was included in the film and that it is awesome and he’s ready for a sequel.

EXCLUSIVE: Tom Hardy clarifies his comments about the footage cut from Venom: “Everything I want is in it. And more.” pic.twitter.com/IyOEo9oNmd

I’m fully aware that there are probably hundreds of hours of “footage” from various films that never see the light of day. When making any project, you always want more footage instead of less, so Hardy’s comments from yesterday shouldn’t have been automatically bad. That being said, Hardy’s response here doesn’t really clarify much. You could basically break this down to, “I did what I was told and let them cut out the parts I liked.”

Really, I would just ignore these bits if you have any interest in the film. There is no point in entering a theater with a negative bias, so just let go of Hardy’s possible misquotes and try to enjoy Venom for what it is. As I said yesterday, maybe Sony really does have the best interest of this film in mind.