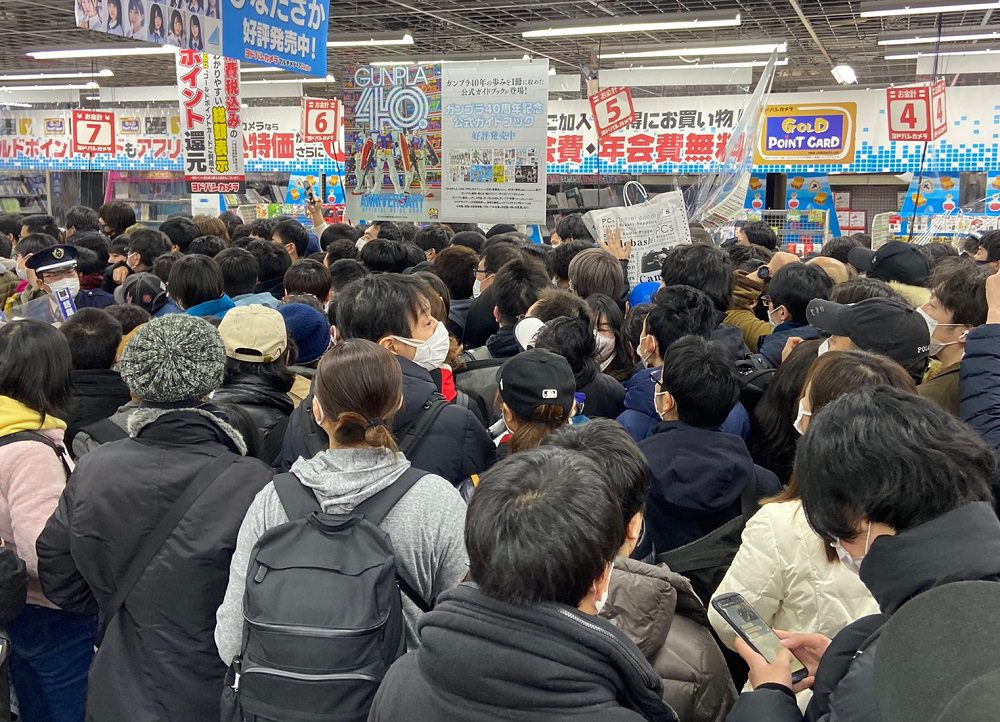 It’s been almost three months since the launch of Sony’s brand new gaming platform, PlayStation 5, but as a hapless Japanese retailer found out this weekend, the customer drive to bag the next-gen hardware remains as hot today as it was back in November.

Police were called to Tokyo-based outlet Yodobashi Camera on Saturday after the store’s efforts to sell a fresh batch of PS5 consoles descended into crowded chaos. Despite having implemented a ticketing system – in order to service several hundred individual customers in a noble effort to prevent scalping – the crowd became unmanageable once said tickets became available, pushing forward en masse and forcing staff into retreat.

Ultimately, police were called and Yodobashi Camera was forced to cancel the entire sale. A teeming mass of people surging in a single direction is dangerous at the best of times, but when you add the risks from the ongoing COVID-19 pandemic to the mix, you have a very dangerous recipe for disaster. Pokemon designer Dave Gibson was on the scene, noting that he’d “never seen that kind of insanity” in Japan before.

Launching on November 12, 2020, PlayStation 5 has already seen worldwide success, despite the COVID-19 pandemic and a struggling economy. The hardware has, however, fallen victim to a global scalper market that seems far more prevalent than that of previous console launches. As noted by Bloomberg back in December, the Japanese reseller scene is particularly savvy, using smart software to scoop up swathes of units, before selling them online at inflated prices. This global issue constitutes largely to ongoing PS5 shortages.