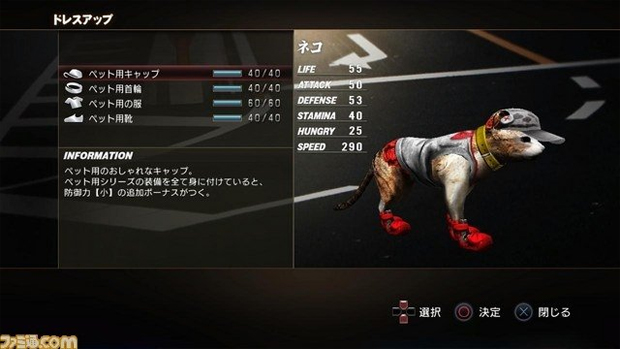 The PlayStation 3 game in which a humorously diverse population of animals has taken over a human-less Tokyo just got slightly more absurd. It’s not enough that there are Pomeranians fighting lions in Tokyo Jungle; no, we need a cow dressed as a schoolgirl and a “hip hop” dog. You know — for the stats!

Andriasang has a great assortment of screenshots from depicting the game’s fashionable beasts. I have a feeling I’ll never get to play Tokyo Jungle, but the mere fact that it exists makes me pretty happy.