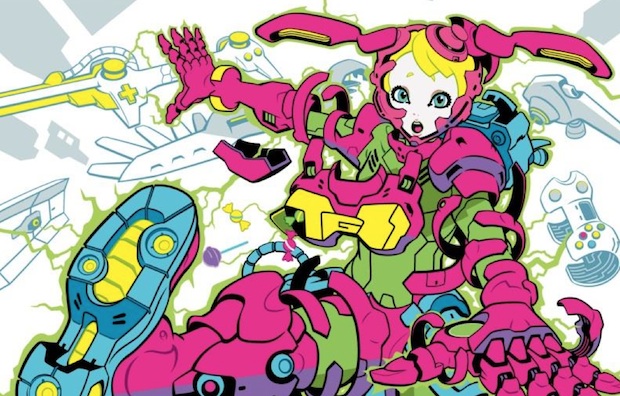 Tokyo Game Show has released their main visual for 2013 this morning. As expected, it’s some weird robot/game girl from illustrator Ippei Gyoubu. He’s been responsible for the key art for TGS since 2010, and he never lets us down with the strangeness.

This year’s main visual character is “the core of games,” and wears a variety of devices. She’s going to transform herself into “something beyond the reach of imagination” to represent this year’s slogan: “Games: Limitless Evolution.”

TGS have partnered with Tokyo Otaku Mode to send information from the show overseas to us. They’ll also work support overseas visitor to this year’s event, adding a lounge for them at the show. That’ll be nice.

I’ll be going again this September to cover TGS for Destructoid. It should be a really good show this year as Japan will be showing off their latest wares for the PS4. Can’t wait.