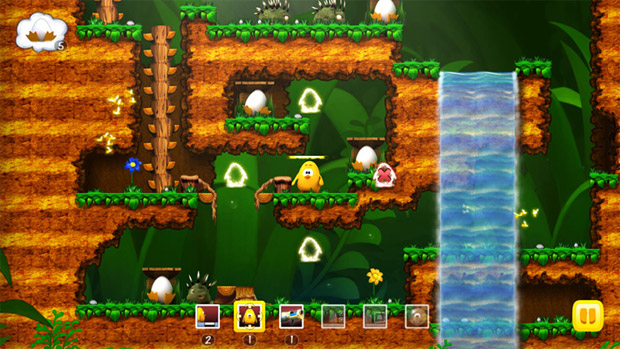 Was anyone else worrying that the Humble Indie Bundle for Android wouldn’t be getting any bonus games? I was starting to have my doubts. Two Tribes has graciously swooped in to fill the void with its adorable puzzle-platformer Toki Tori.

This occasion marks the debut of the game on Linux, but you’re also getting the Android, Mac, and Windows-based PC versions as well, in addition to EDGE, Osmos, Anomaly: Warzone Earth, and (optionally) World of Goo. Now if only I could get Toki Tori‘s theme song out of my head.