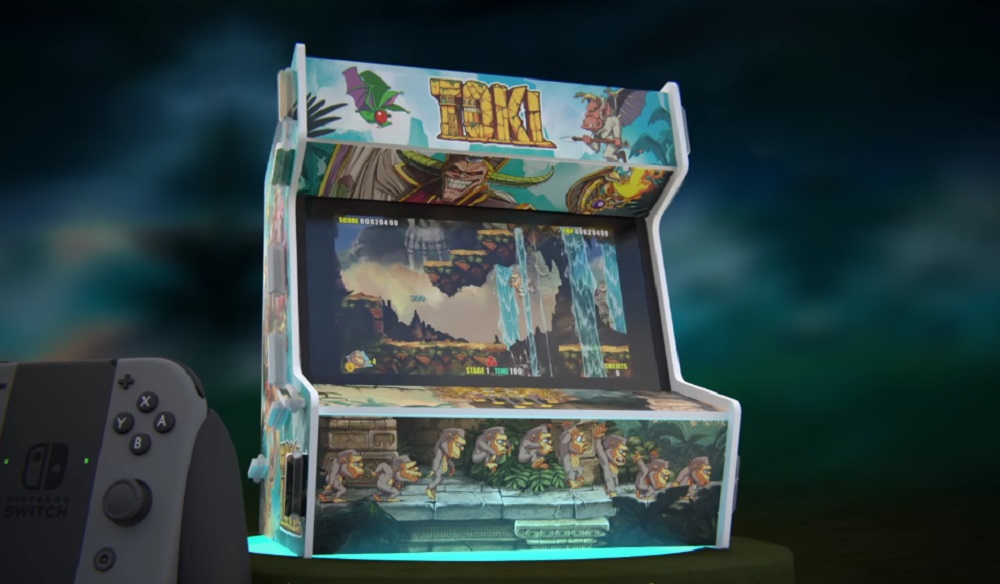 Microids has released a launch trailer for their next Nintendo Switch release; a remake of the classic arcade platformer, Toki. The game has be rebuilt from the ground up and launches in Europe today, exclusively on the hybrid console.

Toki, which released in arcades in 1989, before being ported to various home formats, is the story of a Tarzan-alike character who is transformed into an ape by an evil sorcerer, Vookimedlo. Now capable only of clambering around the tree-tops, spitting projectiles at all and sundry, Toki must make his way through the treacherous jungle to defeat Vookimedlo, save his girl; Miho, and restore his human form.

The remake of Toki features all-new graphics and a re-orchestrated score. A special edition includes various extras such as a comic, a sticker sheet, and a cute wooden cabinet to house your Switch unit, turning it in a mini arcade cab. I personally wasn’t a fan of the original title, but the retro market has proved profitable lately, so no doubt the angry ape will find himself an audience in 2018.

Toki launches on Nintendo Switch today in Europe and December 4 in North America.