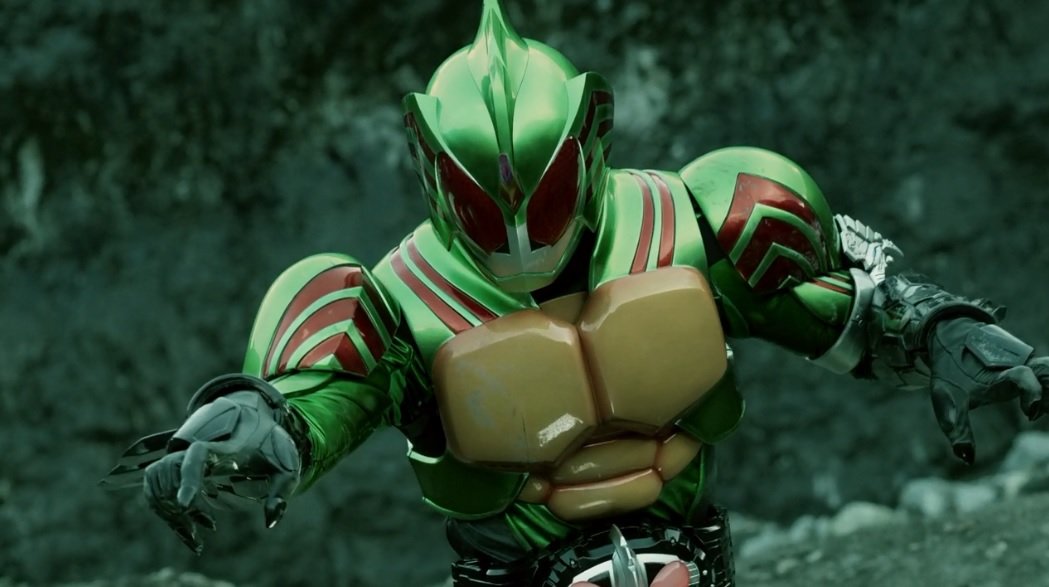 While it’s impressive to see these titles arrive in the West, there was one franchise that didn’t cross the pond. Luckily, we can scratch Kamen Rider off the list since Kamen Rider Amazons is streaming on Amazon Prime in the U.S., Mexico, Brazil, the U.K., and Germany as Amazon Riders. This came as a surprise since it took a long time for them to give us an update on their plans to stream it outside of Japan. Thankfully, they didn’t cancel the idea and we can see Toei’s bug-eyed biker officially kick evil in the face.

One thing that sets Amazons apart from the other installments is that it’s aimed towards older viewers, instead of younger ones. This works well with the fact that Amazon loves to rip his enemies into pieces, which was an element in the original Amazon series. While I’m not a fan of the name Amazon Riders, I’m happy to see another uncut Rider title in the West.

Prior to this release, Kamen Rider the First, Toei’s attempt to bring us a “realistic” take on the original hero, came out in North America through Media Blasters. Of course, the well-known one was Saban’s Masked Rider, which borrowed footage from Kamen Rider Black RX. If Amazon Riders’ first season does well, I hope it leads to its sequels being released in the future. Who knows, this might result in us seeing more Rider shows in North America.