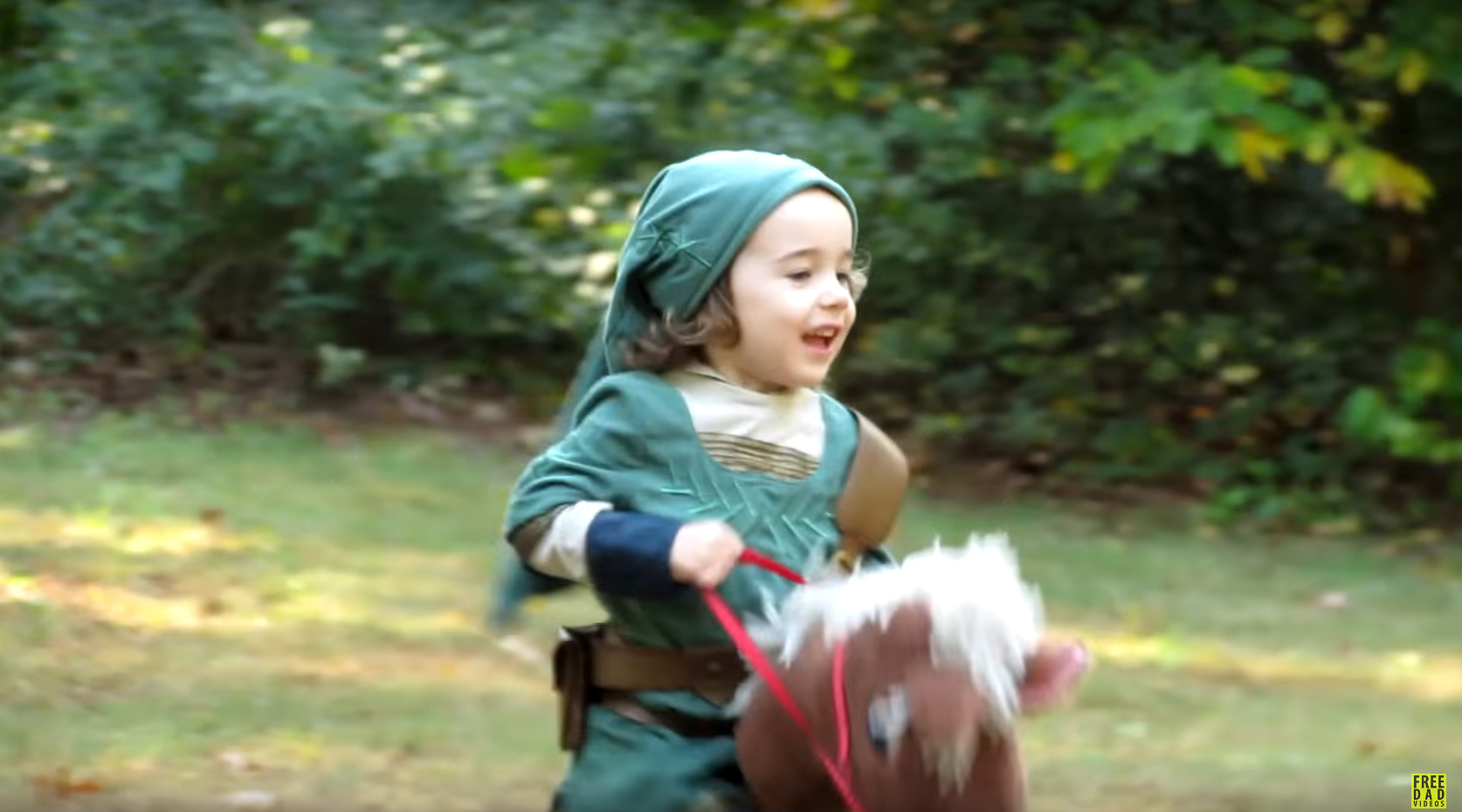 Free Dad videos sent us a short film featuring a little girl getting ready to trick-or-treat dressed as Link from Nintendo’s Legend of Zelda series. She’s more interested in the adventure than the candy, and takes on more than you’d expect. It’s quite well done, with some decent special effects and excellent props and costuming. You can check it out below.

It’s pretty amusing to see the young heroine trotting along at toddler top speed, and she’s clearly having the time of her life as she fights monsters, smashes pots, and collects Rupees and items from the Legend of Zelda series. The video uses music from the Symphony of the Goddesses tour to add an extra bit of gravitas to the proceedings.

My brother and I dressed up as Mario and Luigi for Halloween one year, but our costumes and adventures weren’t nearly this elaborate. Even though I’m a little concerned that he’s teaching her to break people’s pots, it’s pretty cool to see a dad and his daughter bonding through video games and filmmaking. If you’re interested, there’s a behind-the-scenes video as well. And if you’d like to see someone else’s kid dressed up like their favorite thing…

His favorite thing is cheerios so he was cheerios for his first Halloween. Ate some of the box pic.twitter.com/3la0IMVhIE