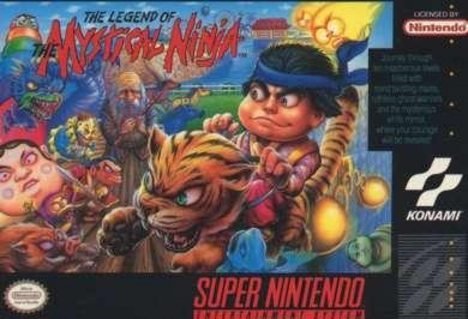 Castlevania needs no introduction. If you’re somehow confused as to why this game is considered a gem among Virtual Console releases, go into the woods and blow bubbles with a plastic bag over your head. I’ll come retrieve your carcass after the wolves have picked it over.

Konami’s Legend of the Mystical Ninja on the other hand, might only hold a special place in the hearts of the truly nerdy. The two player cooperative action-adventure was the first game in the popular Japanese series, Ganbare Goeman, to make its way to the United States.

Players would explore towns, purchase items, and learn special attacks as the game progressed. There was even a nod to Konami’s shooters, as one of the included mini-games was a recreation of the first level in Gradius!

As far as Shockman is concerned, I think this (from the press release) says it all:

It’s been two years since Arnold and Sonya were made into Shockmen.