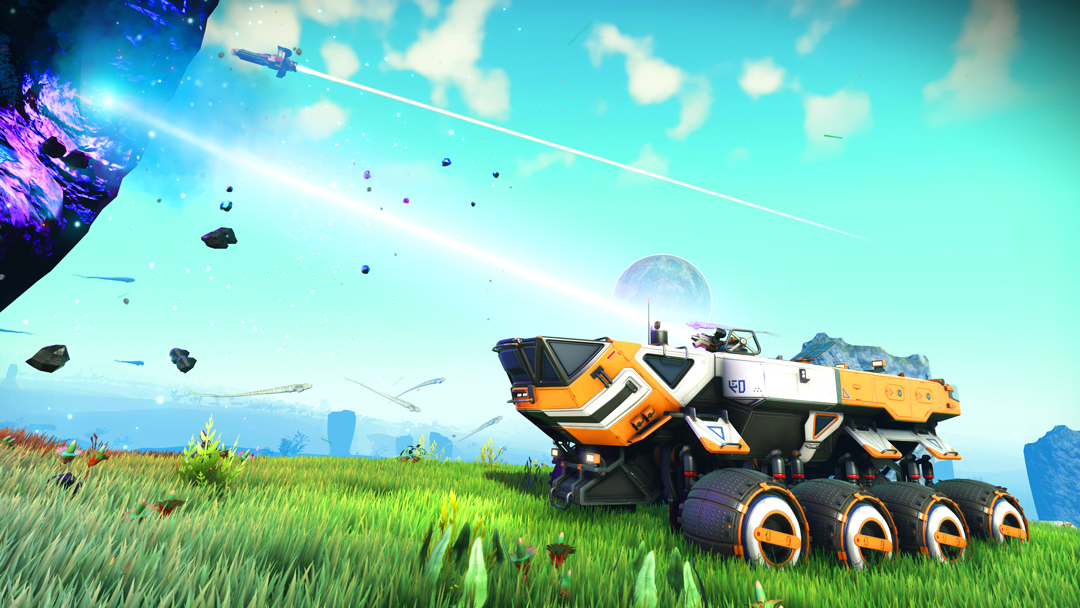 Just yesterday I said I’d consider getting back into No Man’s Sky with the next update (once I unearth myself from Q1 2017’s avalanche of amazing games), and what an update it is.

This introductory video mostly focuses on the new land-based vehicles, but there’s so much more to parse through in the full notes for today’s Path Finder Update on PC and PlayStation 4.

The things I’m most jazzed about: specializations and classes for ships and multi-tools, upgrades to make handheld and ship-based weaponry feel more unique, photo mode, visual touch-ups including PS4 Pro support, and the ability for players to share their custom-made bases online with others.

There’s also a bunch of quality-of-life tweaks — the stuff that can have a tremendous impact on your enjoyment of a game as the hours tick by — including being able to rename your possessions and skippable text-based NPC interactions. Lastly, you can own multiple ships now. Better save up!