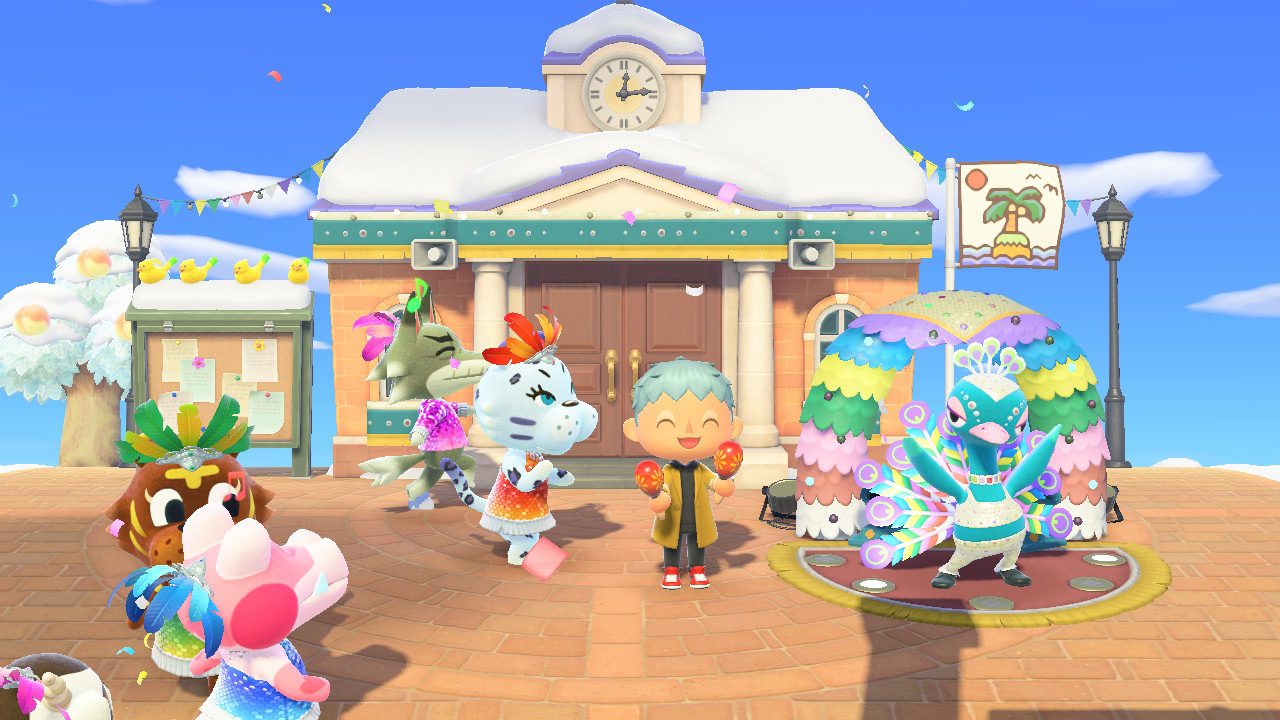 There’s limited-time Stuff on the line!

If you’ve got 45 minutes or so to spare in Animal Crossing: New Horizons, there’s a feather-filled event running today called Festivale. The latest seasonal update is a lot like the prior seasonal updates. You’ll swing by, catch floating items in the sky, trade them with a guest character for items, and peace out. 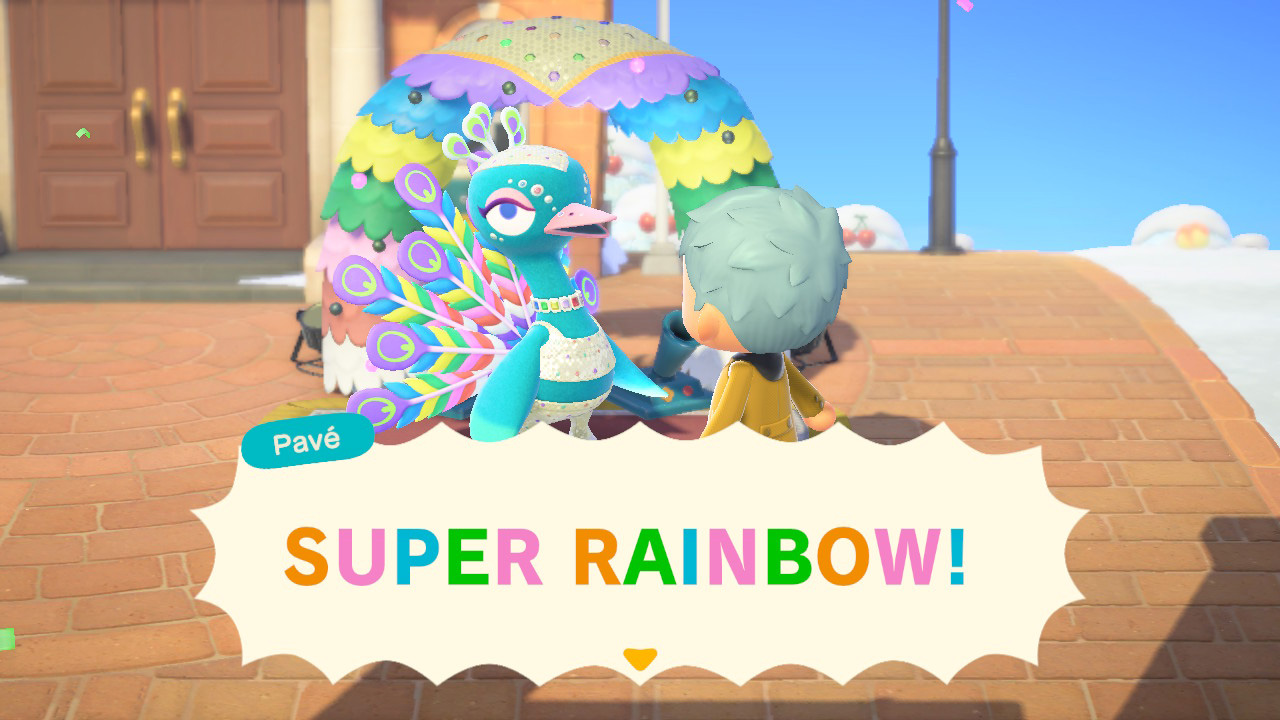 Not to downplay the cheerful vibes of Pavé the peacock (or my villagers, who showed up in full force to dance in the town square), but it is what it is: these events have mostly been one-note so far.

What’s at stake for Festivale? Ten colorful items, the coolest of which is an extravagant float. 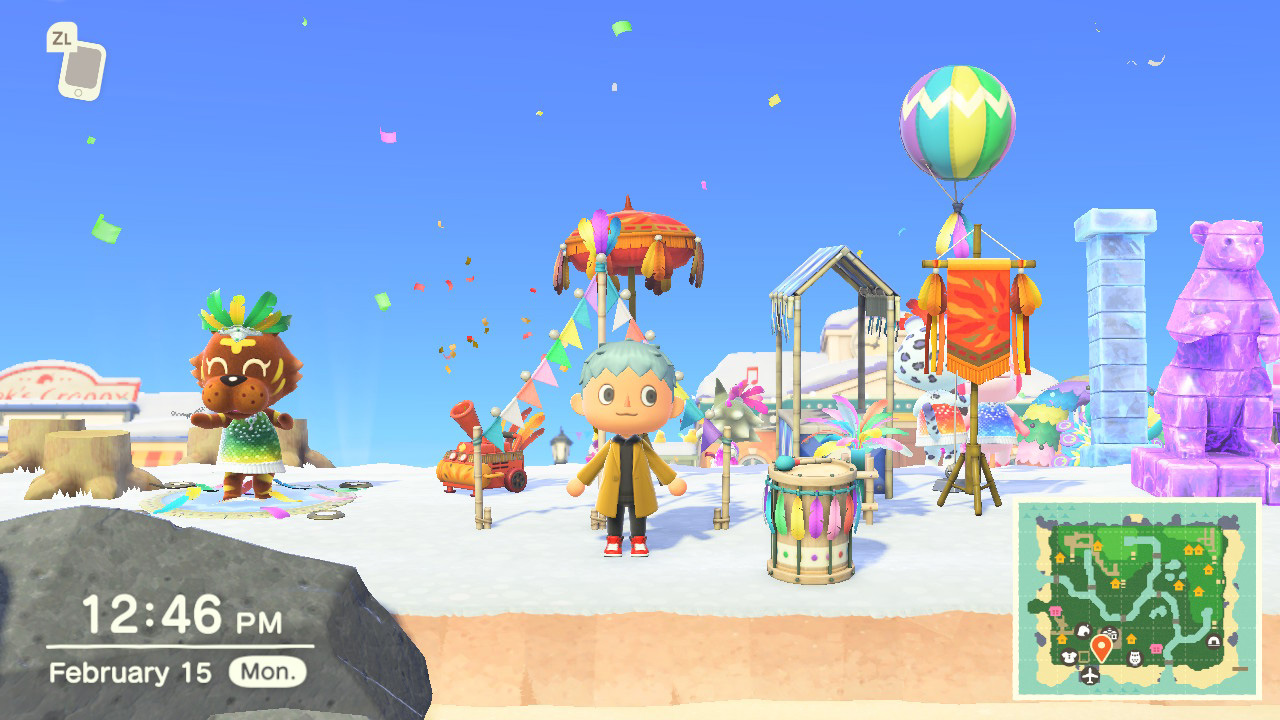 Once you chat with Pavé near town hall, you’ll collect colored feathers. The ring leader will accept three feathers of the same color (red, blue, green, and purple) and give an item for each bundle you bring. 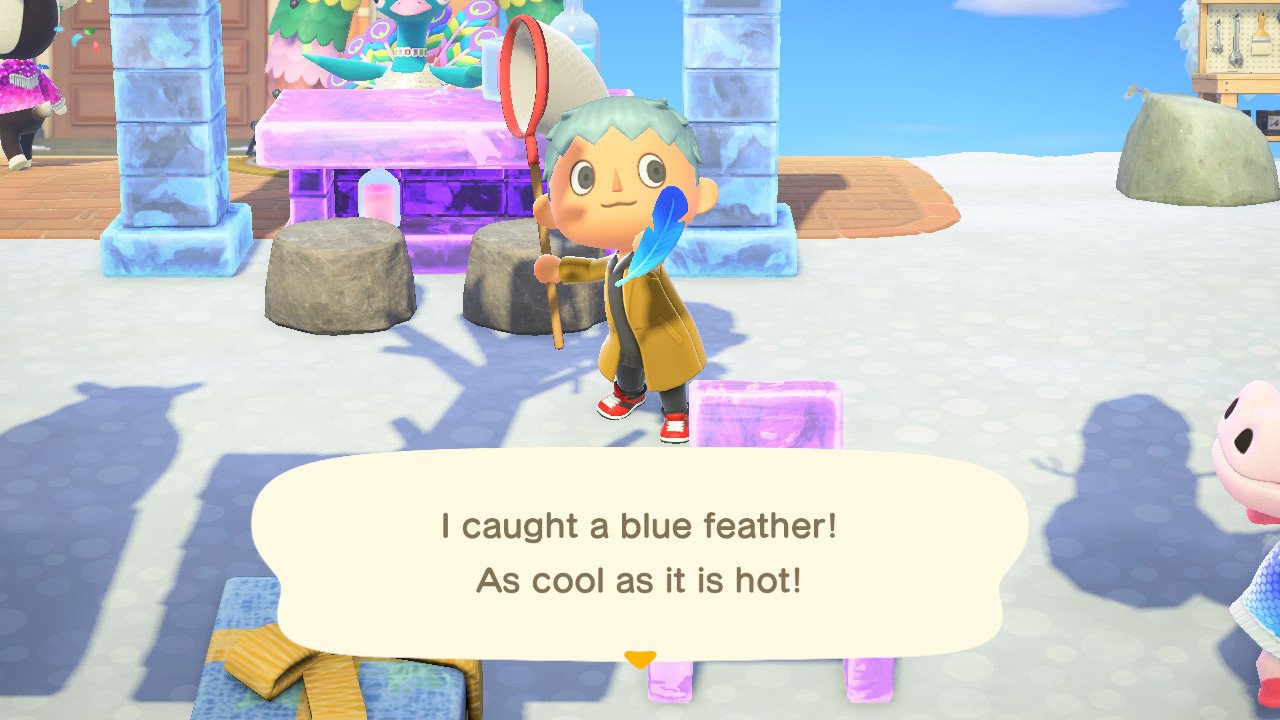 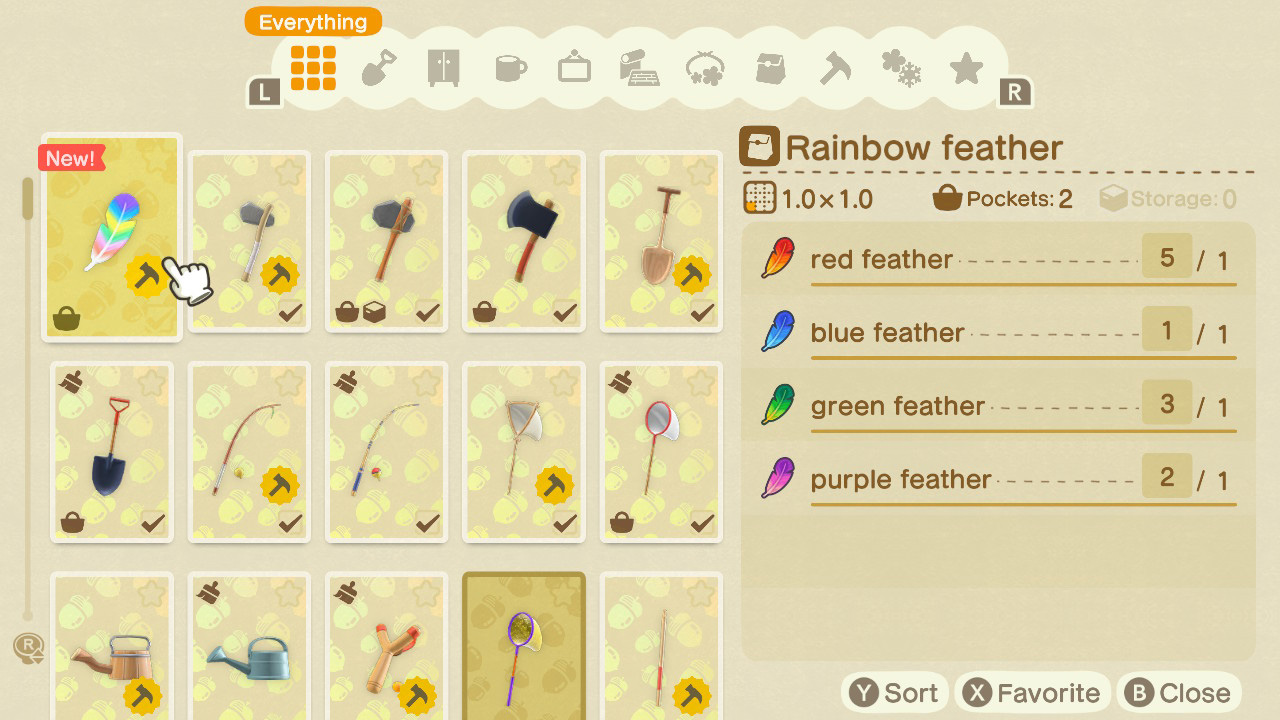 You’ll also be able to turn in rare rainbow feathers, which show up pretty infrequently on the island or can be crafted using one feather of each color. Once you’ve gotten the nine Festivale items, you can nab the sought-after final reward, the Festivale Float – but you’ll need to bring three rainbow feathers. 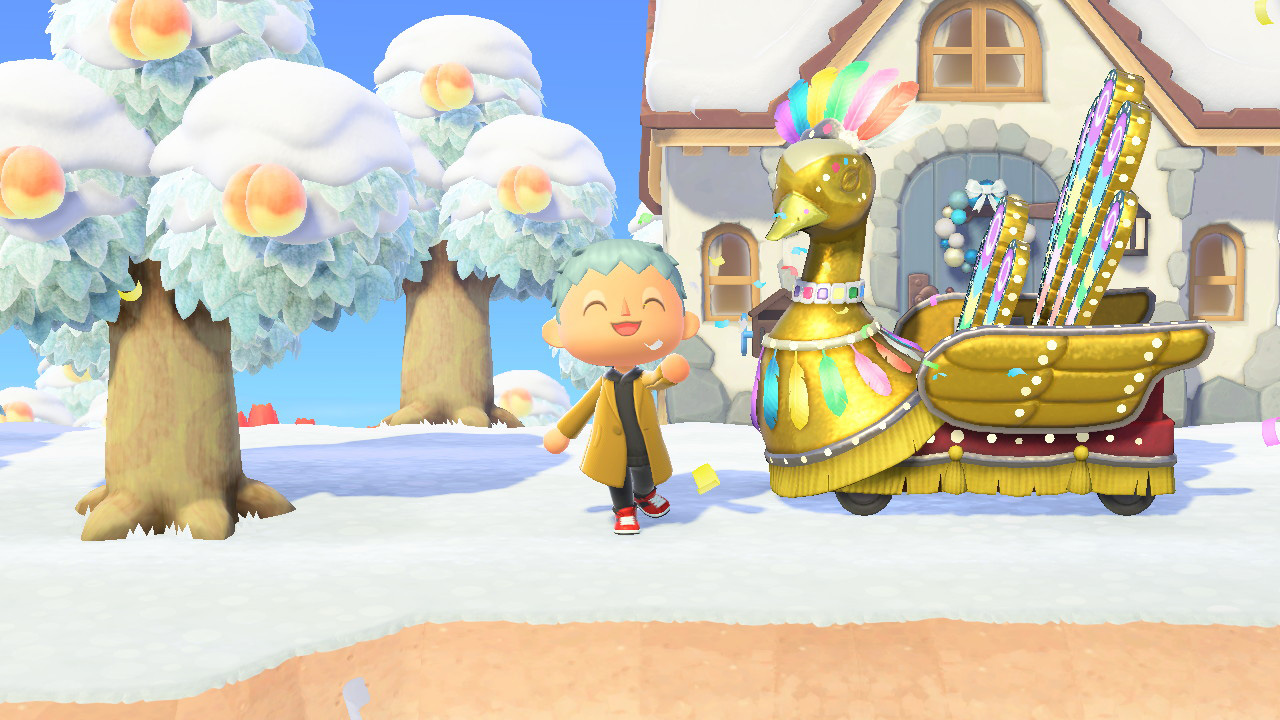 It’s so opulent! Make sure to swing by Nook’s Cranny and buy the Viva Festivale Reaction Set from the store cabinet, if needed. (It’s 19,800 bells.) Also, if you have any extra rainbow feathers, you can use them to customize your Festivale items. It couldn’t hurt to stock up and save them for a rainy day.

I broke my net during the event and had to politely push my villagers out of the way a few times, but otherwise, it wasn’t too much of a hassle. The feathers are easier to catch (and spot) than snowflakes.

As my New Horizons activity dwindles, I can’t help but wish Nintendo would do more outside-the-box events. It’s been a fun ride and I’m not about to abandon the game – I just want a bit more substance.