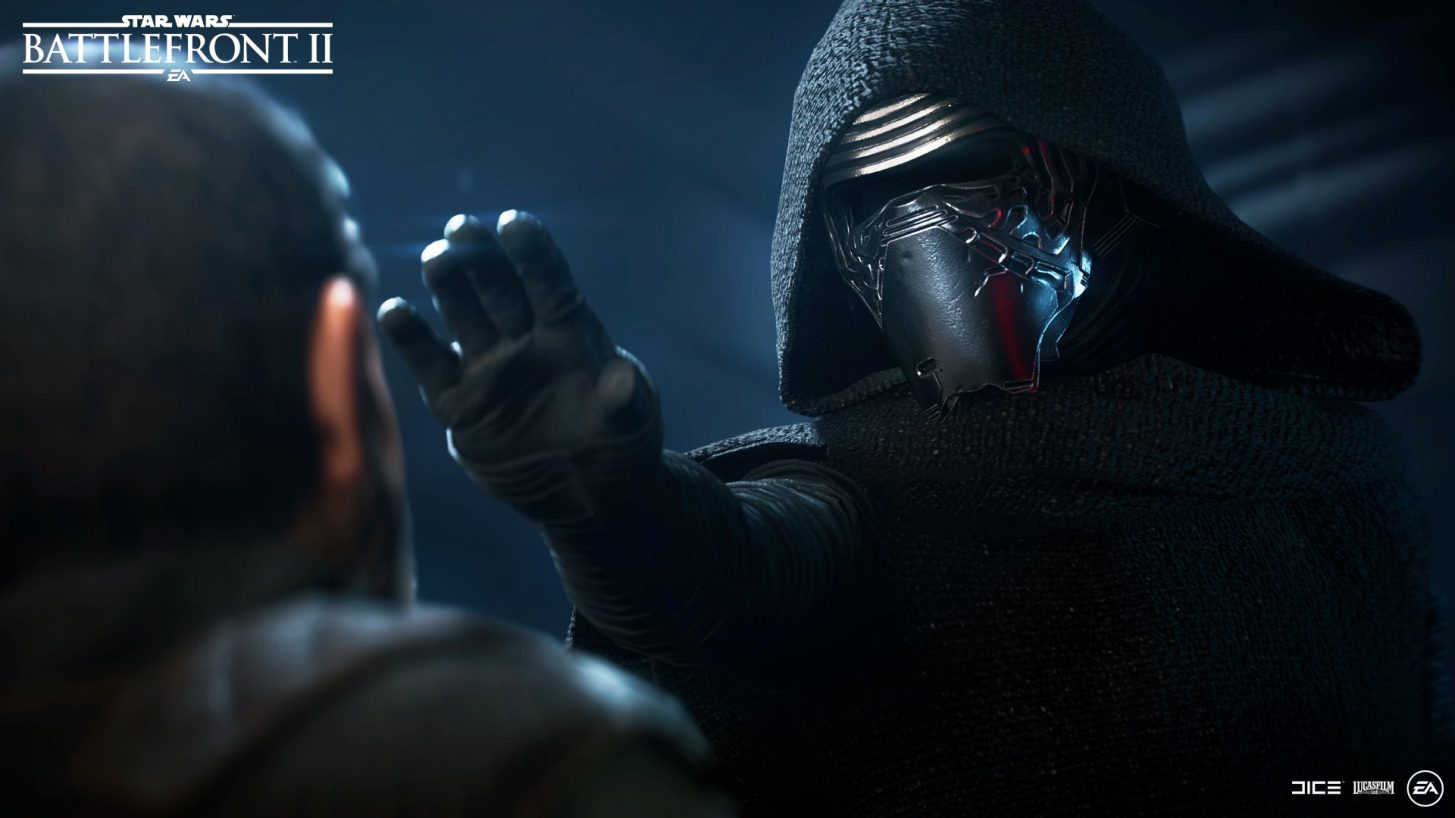 DICE unlocked the Star Card slots for the Trooper classes

Star Wars Battlefront II still has overarching issues, and player progression is still way too slow for my liking, but today’s update does help tighten up the game. There’s a batch of Star Wars: The Last Jedi content — Finn and Phasma as hero/villain characters, the Crait and D’Qar maps, Tallie Lintra’s RZ-2 A-wing, and three new single-player chapters — as well as balancing and quality-of-life changes.

I’ve been logging in every day for all the free crates in an effort to save up for these two heroes but, as it turns out, Finn and Captain Phasma don’t cost any credits to access. They’re free right now. That said, Tallie’s hero ship does cost 5,000 credits to unlock.

Looking over the patch notes, I’m seeing some sorely-needed tweaks. Besides lots of character-specific balance adjustments, DICE has unlocked the second and third Star Card slots for the four Trooper classes and players “will receive three Common Star Cards per Trooper Class to fill out their hand.”

So, as it now stands, you won’t have to spend credits on cards or upgrades you don’t want just to level up those classes to unlock their extra ability/boost slots. This absolutely needed to happen. Also necessary: the end-of-round multiplayer screen now displays what the next map will be.

NEW HEROES: FINN AND PHASMA
Introducing two new heroes!
– Finn joins the Resistance. A skilled soldier, Finn now uses his training to protect his allies at any cost. Finn charges into battle and deals precise damage blazingly fast to any enemies who dare stand in the way.
– And then we have the imposing commanding officer of the First Order: Captain Phasma. Few are more feared than Captain Phasma as she uses every tool at her disposal to ensure victory.

NEW CAMPAIGN DLC: RESURRECTION
Iden Versio is back in the Resurrection DLC! She is searching for answers, while the secrets of a First Order conspiracy are revealed. This DLC contains three new campaign chapters that continue Iden’s saga in the Star Wars universe.

NEW MAP: D’QAR (Starfighter Assault)
As you recall from The Force Awakens, D’Qar is the principal base of the Resistance. Now experience an incredible space battle over that planet as the First Order attacks, threatening to wipe out the base, and the Resistance, once and for all.

HERO SHIP AND HERO SHIP UPGRADE
To spice up the space battle, we have also launched a new hero ship – Tallie Lintra’s RZ-2 A-wing. For Poe Dameron, there is a new hero ship upgrade for his T-70 X-wing.

Below you will find a list of balance tweaks and changes for many of the Heroes – we will continue to monitor the state of balance across all Heroes and Classes to further improve gameplay balancing.

We sure hope you will enjoy the new content and the improvements. We will do our best to keep you all updated on all coming improvements. If you have feedback on the game, please post on our forums!