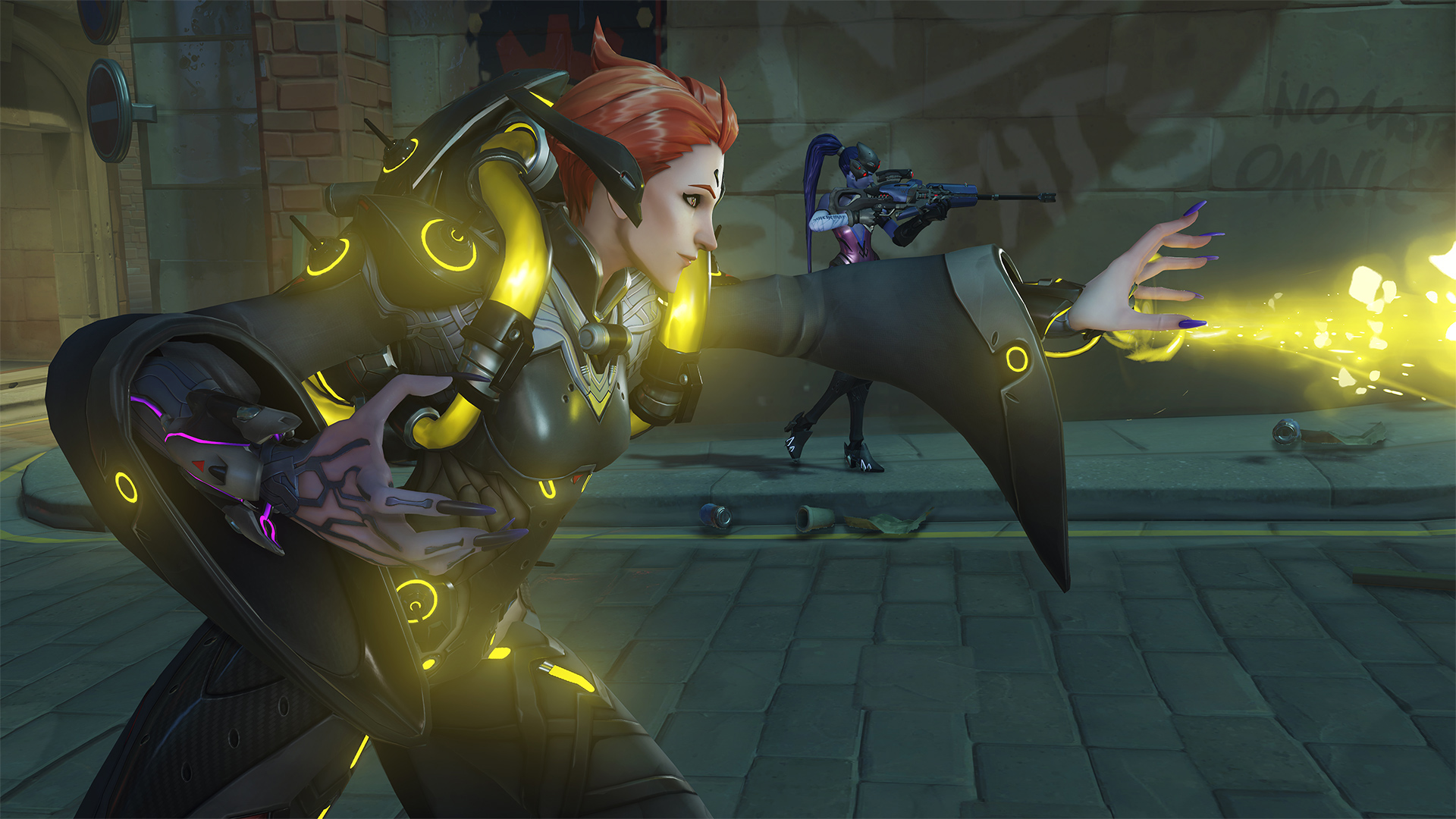 Just in time for this weekend’s free-play event, Blizzard has added the support hero Moira to Overwatch on PC, PlayStation 4, and Xbox One along with some much-appreciated adjustments to Mercy.

With this update, Mercy isn’t quite as free to cast Resurrect — there’s now a cast time of 1.75 seconds (up from 0 seconds!), her movement speed drops by 75 percent while casting, and she can be interrupted by hacks, stuns, and knock-backs. To make up for this, Mercy can instantly Resurrect and move at her normal speed while casting whenever her Valkyrie ultimate ability is in play.

As for Moira, I didn’t get to try her out on the PTR so I’m eager to see how she fares in the live game. Keep in mind, though, she won’t be usable in Competitive Play during her debut week (as per usual).

Here are the full patch notes:

Wielding both regenerative and degenerative technologies at her fingertips, Moira O’Deorain is Talon’s ambitious geneticist who seeks the knowledge to rewrite the building blocks of human life by any means necessary.

Moira’s cutting-edge capabilities make her a mobile healer and damage dealer capable of adapting to any situation. Her main attack is Biotic Grasp, which she can use to either heal allies or sap an enemy’s life force. Biotic Grasp’s primary fire sprays a cone of energy that heals all teammates within range, draining biotic energy while active, which will replenish slowly over time. Her alternate fire is a beam that tethers to enemies, dealing damage and siphoning health. Draining her foes’ health regenerates Moira’s biotic energy even faster, allowing more healing for her allies.

Her Biotic Orb ability launches a sphere of energy that bounces around the battlefield, healing nearby allies or damaging enemies until it dissipates. Fade enables Moira to disappear out of sight and sprint through the shadows, and makes her invulnerable for its duration. When Moira’s ultimate is ready to be unleashed, she can cast Coalescence—a powerful, long-range beam of chaotic energy that pierces through barriers to heal allies or damage enemies in its path.

As with all new heroes, please note that Moira’s release in Competitive Play will be delayed by one week.

Developer Comments: Ana has been outshined by other support heroes lately. Boosting her damage will help her defend herself and make her more threatening to the enemy team.

Developer Comment: We feel that Mercy’s recent rework has been successful, but her Resurrect ability still feels too strong and frustrating to play against. Now that it has a cast time, enemies are more able to counter the ability. However, Resurrect will cast instantly when Valkyrie is active. This should make her feel powerful when she transforms on the battlefield.

Developer Comment: This change will help both Winston’s allies and enemies know how much more damage his shield can absorb from oncoming attacks.