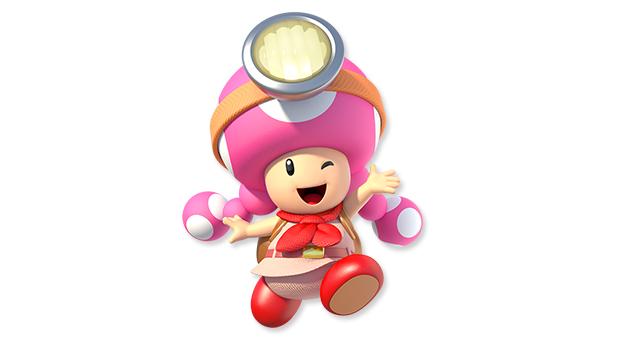 A regular tomb raider, this one

Toadette is one of those characters Nintendo keeps locked away in its vault until the need arises to flesh out a roster for one of its sports, party or racing games. She’s essentially the Waluigi of the Toad species, you know, except Toadette isn’t the type of person who will press the door close buttons in the elevator when she sees someone coming. Shame on you, Waluigi.

Anyway, sure looks like Toadette’s a playable character in Captain Toad: Treasure Tracker. Seems like the kind of thing people will have opinions about, this being the Internet and all.