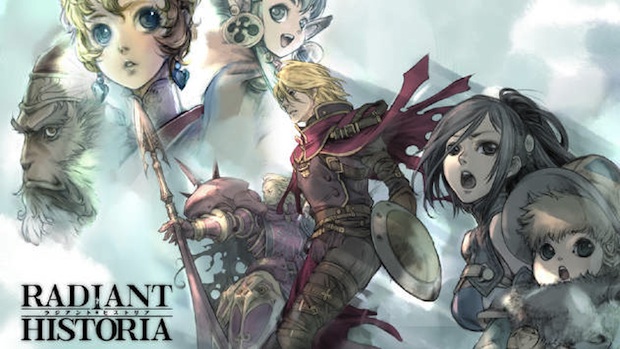 First off, I really love that I’m Destructoid’s go-to guy for details on upcoming JRPGs. People have contacted me via AIM, Twitter, Facebook, private message and email in the past asking for early verdicts on upcoming games. I’m more than happy to oblige, and I’m honored that you consider me a reliable source on these titles. Seriously, thank you.

I apologize for not being able to put together an early preview of Radiant Historia. I’m traveling quite a bit already in 2011, so it’s hard to sit down and get a preview down. I’ve actually received several requests for an early call on Radiant Historia in the past few days!

My verdict so far? It’s a buy. I’m not finished, but I’m really far along, and I feel comfortable recommending it to anyone that likes a deep, challenging RPG.

Radiant Historia has you traveling back and forth through time to fix history. You’ll live through many situations twice, but they’ll ultimately unfold in totally different ways. You’ve been wanting a non-linear RPG? Well, this one is all over the place, but in the best way. You’ll have access to a branching tree of multiple paths of history that you can revisit and change. This makes for a huge and entertaining game that beats the crap out of the standard save the kingdom story.

The battle system is also really fun. There’s no random encounters (yay!), but you wouldn’t mind them with the game’s puzzle-ish grid battle system. Enemies will apear on a 3×3 grid, and you’ll eventually learn battle techniques that let you push them around, group them, and eventually attack them all at once. The top screen of your DS shows the battle timeline, and you’ll eventually gain the power to alter that timeline, letting you smack the crap out of enemies with 10 attacks in a row. The best word I have for the battle system is satisfying.

I could go on, but I don’t have time. Know this about Radiant Historia: Huge game, neat story, fun battles, wonderful art, great music. So, for those that asked? Yes, it’s a buy. Go reserve it, actually. You’ll want the package that comes with Yoko Shimomura’s soundtrack CD. Atlus will be releasing Radiant Historia on February 22; look for my review soon.