Two years ago, Chris, Tara, Conrad, and Andy each called dibs on a Vault Hunter for Borderlands 2 before I ever could, and so I was never able to play it. All I could do was sit there looking at my copy, wishing I had called dibs first. I will not make that same mistake twice.

I have dibs on Athena. Simply put, Athena is the best. Don’t worry, there are three other perfectly okay Vault Hunters for you to choose from. You should be all right, I guess. Anyway, here’s why Athena is the best and I call dibs on her. 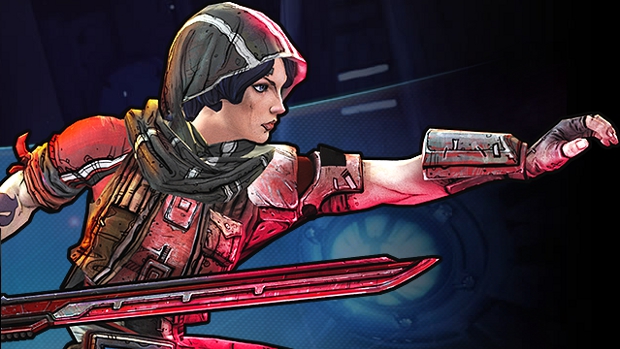 She has a sword.

When the bullets run out but the fight is still on, melee attacks become crucial. Sure, smacking somebody with the butt of a gun is practical, and cracking a whip across someone’s face is showy, but you know what is terrifying? About two feet of bloody, sharpened steel.

Athena is a trained assassin, so she knows how to use her Xiphos blade. In fact, she has an entire skill tree dedicated to causing pain with it. If that isn’t enough, there is a skill that allows her to apply a unique status effect to enemies: she can make them bleed. You might be content with burning, electrocution, corrosion, and freezing, but I will have those and the ability to cause exsanguination.

Also, later on, when an bleeding enemy dies, he explodes. 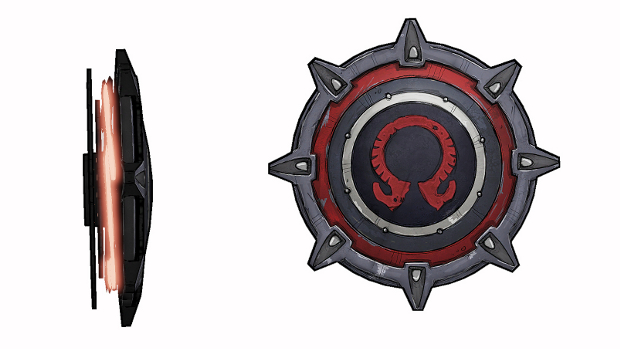 She has a shield.

What is the peanut butter to a sword’s chocolate? That’s right, it’s a shield. Athena’s Kinetic Aspis is not just a regular old “protect you from damage” shield though. It protects her and her friends from damage, then sends that damage back to the enemies twofold. Also, it explodes. Up to five times in one throw. Mister Torgue would totally approve of Athena’s arsenal.

In addition to the fact that throwing an explosive shield is rad on its own, the Kinetic Aspis is the most different action skill from any previous Borderlands game. Wilhelm’s Wolf and Saint drones act a lot like Gaige’s Deathtrap, Nisha’s capability for raw gun damage output is comparable to Salvador’s Gunzerking ability, and Claptrap literally just copies other Vault Hunters’ abilities with his VaultHunter.EXE.

With Athena, the focus can be shifted from damage output to damage protection. With this, interesting interactions emerge during cooperative games. Instead of a group of four lone wolves fighting near each other in the same manner that they would when fighting alone, the Kinetic Aspis assigns Athena the specific role as a defender, allowing her teammates to specialize further in other abilities. Athena is a great friend to fight alongside. In fact… 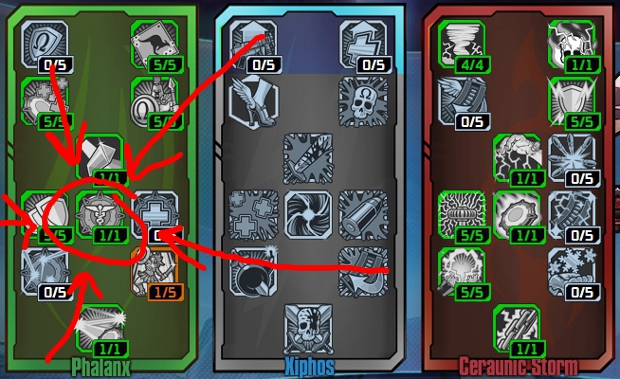 She is the most important teammate to have.

Yes, my Kinetic Aspis can protect you from taking damage, and you should be very grateful about that alone. But that’s only a small part of why Athena is the best. Tara touched on it when she called dibs on Maya, but the ability to revive a teammate instantly at range, as opposed to having to be nearby and spending precious seconds in a vulnerable state, ranges between very helpful and utterly crucial.

Athena’s “Clear!” ability is similar to Maya’s “Res,” except that it can affect multiple teammates at once. Imagine three other Vault Hunters, lying in pain at the feet of a raid boss, largely due to their own hubris and poor judgment (because they left Athena’s motherly protective embrace), only to be mass resurrected by the wise shieldbearer. Considering the Borderlands series’ focus on high level, post-game content, “Clear!” will absolutely be the single most important skill for any serious group looking to take on raids.

Sure, Claptrap has a skill tree devoted to buffing teammates, and Wilhelm has some skills spread around that do the same, but none of those hold a candle to Athena’s ability to keep her friends in the fight, especially against bosses where death would lock them out of it. You can thank me now, since I have dibs on Athena. 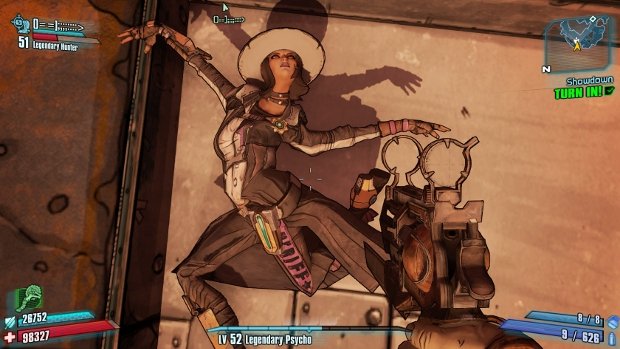 She doesn’t end up dead. Probably.

Look at that picture. That’s Nisha: a total badass who strangles puppies, at least until Salvador and company come along to wreck her day in Borderlands 2. Then, she’s just a dead body that flopped onto the ground in the most absurd position. She joins Wilhelm, who is killed even earlier under Handsome Jack’s reign. Claptrap? His entire product line was obliterated before Borderlands 2 even begins.

But Athena? We don’t know what she did after the fall of Atlas. We don’t know where she was when the events of Borderlands 2 were occurring. Her story is completely open-ended. She has the most space for growth, change, betrayal, sadness, and ultimate victory. Her story is innately more interesting because we don’t already know how it ends.

Assuming Borderlands 3 eventually comes into existence, Athena will probably be there. It is entirely possible that she dies in the events of the Pre-Sequel, which could explain why she is absent throughout Borderlands 2. Even if that is the case, finding that out is still more exciting than knowing how it ends right from the start. But that’s probably not the case, because Athena is the best, and the best can’t die. Probably. 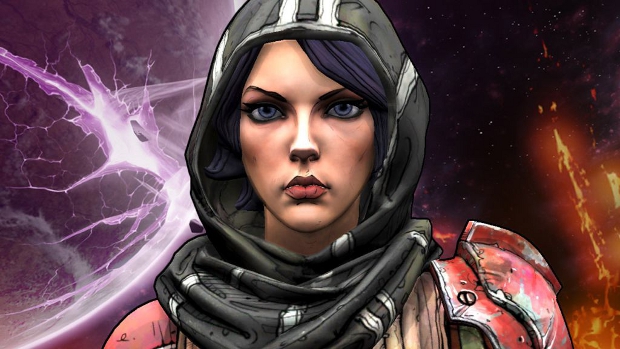 She has a functioning moral compass.

Nisha strangles puppies. Wilhelm shows no mercy if the price is high enough. Claptrap just does what he is programmed to do. Athena actually knows right from wrong as she is impaling Scavengers and exploding dangerous creatures.

Sure, an assassin’s job description is technically “kill for money,” and that kind of makes her like Wilhelm, whose job as a mercenary is also precisely to “kill for money,” but Wilhelm’s motivation is the promise of lavish riches. Athena needs money to feed herself. She is basically like Aladdin, except that she canonically snaps people’s necks sometimes.

Where Nisha is lawful evil, Wilhelm is neutral evil, and Claptrap is chaotic neutral, Athena is the only truly moral character as a chaotic good. I would even say that she is not just chaotic good, she is chaotic best. Because she is the best. Dibs, by the way. 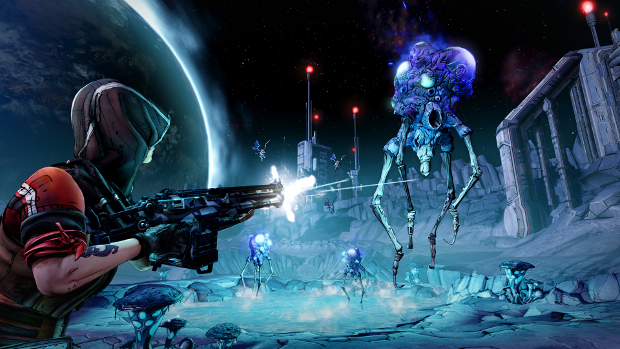